South Korean actor Gong Yoo has been appointed by Tom Ford Beauty as their Attaché for Asia-Pacific, effective July 1.

“Tom Ford Beauty is redefining modern luxury for the 21st century and I am honored to be the new Asia-Pacific Attaché. I look forward to my new journey with the brand,” said Gong Yoo. 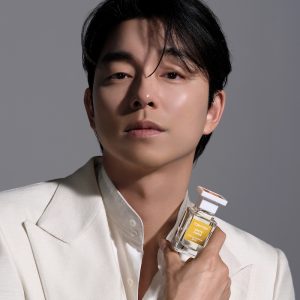 As Attaché, Gong Yoo will partner with Tom Ford Beauty on upcoming campaigns spanning from Fragrance to Makeup. He will make his debut in August, appearing in the campaign for WHITE SUEDE, an elegant, musk-inspired fragrance capturing the addictive pull of leather and suede, for a warm, supple and sensual scent.

Gong Yoo began his career in 2003 and shot to international fame with Train to Busan in 2016. He has been nominated for numerous acting awards and received a prestigious “Baeksang Art Award” for Best Actor in 2017. Gong Yoo continues to lend his talents to both Korean and international films, the most recent being Netflix’s The Silent Sea.

Tom Ford Beauty is a covetable collection of cosmetics and fragrances, shaped with Tom Ford’s singular vision of modern glamour and crafted with the ultimate in quality and luxury.