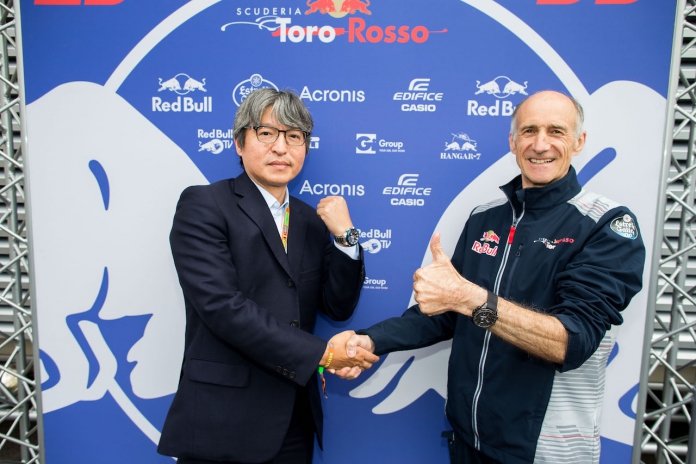 Casio renewed its official partnership with the Formula One team Scuderia Toro Rosso, in a two-year agreement to start in January 2018. Scuderia Toro Rosso brings its youthful energy and racing cars powered by outstanding technological innovations to the Formula OneTM circuit, in the passionate pursuit of speed. Casio believes that these qualities perfectly match the brand concept for its sporty EDIFICE metal chronographs and has been an official team partner since 2016.

Under the concept of “Speed and Intelligence,” the EDIFICE brand evokes the sense of velocity and energy that is found in motorsports. EDIFICE also features stopwatch and world time functions that have been advancing based on cutting-edge electronics technology. 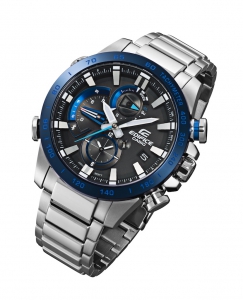 In recent years, Casio has released models equipped with its original Connected Engine. This module connects to a time server through a paired smartphone, ensuring the watch displays accurate local time anywhere in the world and also automatically updates the daylight saving time and time zone information. As high-performance chronographs that combine bold designs with advanced and varied functions, EDIFICE watches enjoy a strong following among motorsports enthusiasts.

With this new official partner agreement, Casio and EDIFICE logos will appear on the drivers’ racing suits, as well as on the nose sections of the team’s race cars.