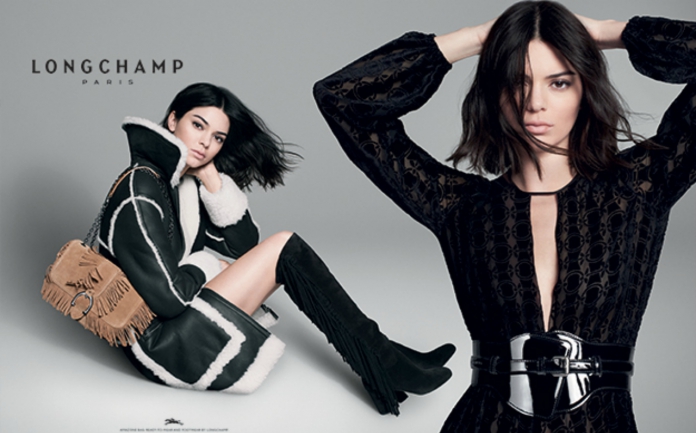 Photographed by David Sims and styled by Sara Moonves, Kendall who is named as the brand’s new ambassador in May, take on a “21st-century Amazon” character in Longchamp’s key seasonal pieces. Rocking her dark natural locks for the campaign, Kendall looks chic and sophisticated in a shearling trench coat and thigh high boots while killing the effortless glam game in an orange chevron lamb and rabbit-fur coat.

The Amazone bag, the highlight of the season, can be seen on Kendall in all three double-page spreads, varying from suede, leather and snakeskin. 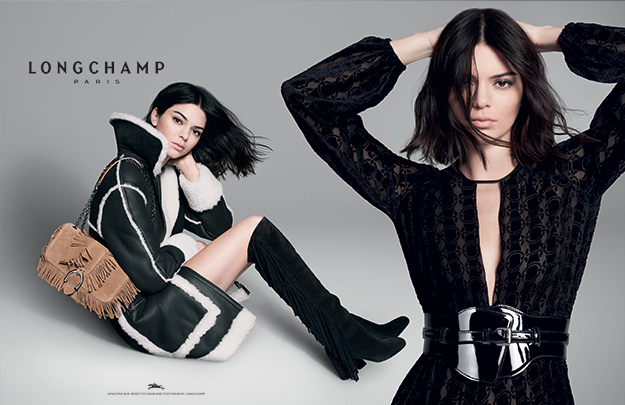 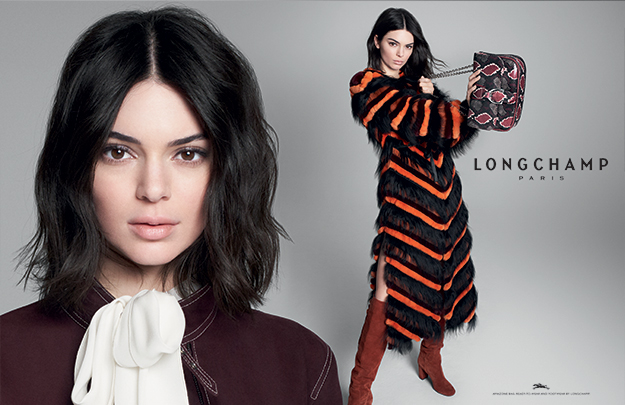 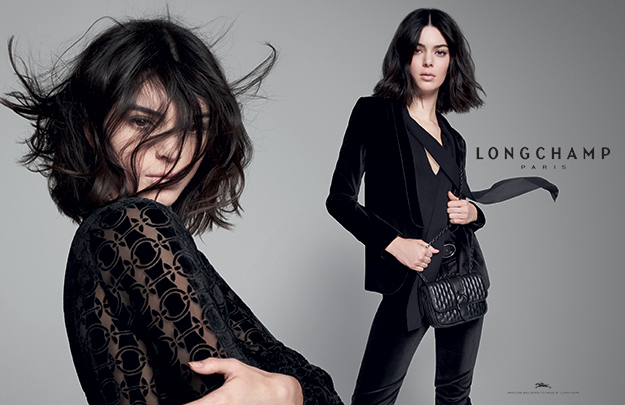 Kendall’s advertising campaign with Longchamp will be out on print, billboards and more beginning August 2018.