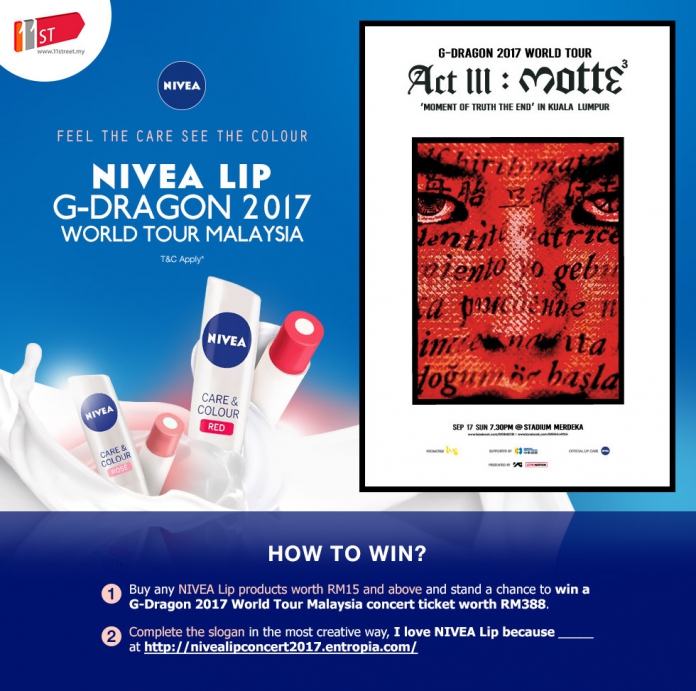 To take part in the contest, purchase any NIVEA Lip products worth RM15 and above to warrant an entry. All you need to do is to complete this slogan in less than 20 words: “I love NIVEA Lip because…”. Contestants who submit the most entries with the most creative slogans will stand a chance to win concert tickets.