A video of a girl interrogating and scolding a man who molested her on an IndiGo Airline flight has recently gone viral.

In the video you can clearly see how the brave girl decided to not stay silent, but instead retaliated by shaming the man who allegedly molested her twice during the flight. This video also attracted a huge response due to the reputation of the country where the incident has taken place, where in recent years has recorded an alarmingly increasing rate of sexual crime against women. The most recent case that stirred an international uproar was of a 22-year-old female Japanese tourist being gang-raped and held captive for almost a month as a sex slave. 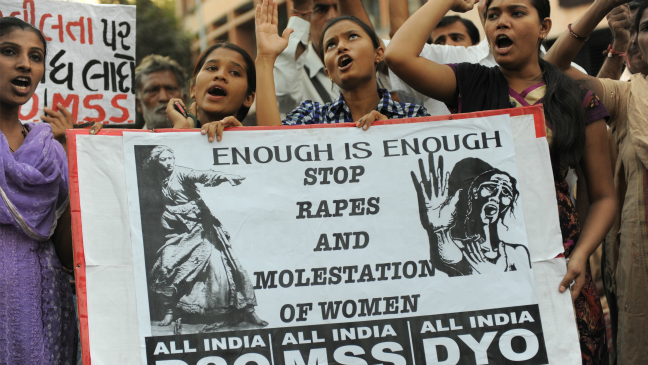 Many netizens applause the girl courage to stand up against such sexual offenders and hope that she would become a role model to other young girls who come across similar experience.

“This man on the seat behind mine, put his fingers in the seat gap to touch me! I was very shocked for sometime to react. By then the flight went to landing mode. Then the moment flight touched down, I got up. I saw his hand was again on the side ready to take up any opportunity to touch me! I created such a scene, humiliated him in front of the whole flight! He thought like usual girls will keep quiet and he can get away with this! I have lodged an FIR now! He is a very rich man of Bhubaneswar and is now very humiliated in front of the people who know him. Cant believe the ordeal I had to go through but being silent is a crime! The police officer was very helpful and the IndiGo staff remained with me throughout. The man is under police custody currently. I clicked his pictures and made videos, shouted so loud that the entire plane came forward to see him! I made sure I humiliate him as much as possible because I know law will do nothing.”