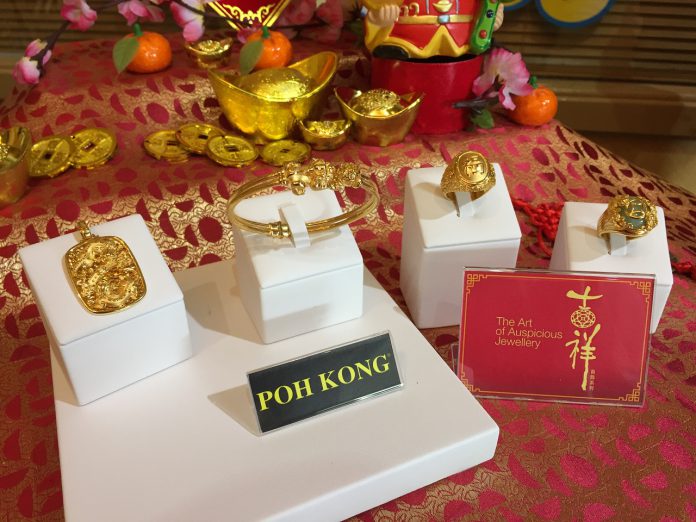 The new Lunar year will be the year of the Rooster and just in time, Poh Kong, Malaysia’s leading jewellery brand has unveiled its highly awaited 2017 Auspicious Collection.

Delicately designed with intricate details, the 2017 Auspicious Collection by Poh Kong features key elements synonymous to the year of the Rooster in various meaningful, fashionable and innovative designs. The series of pieces featured will definitely add a touch of stylish elegance to its wearers as they usher in 2017.

“The Rooster is considered the most honourable and upstanding amongst the twelve Chinese zodiac signs. Besides that, Roosters are known to be energetic and at the same time, symbolises new hopes. Our 2017’s Auspicious Collection does just that by capturing the essential elements of the Rooster as well as incorporating Feng Shui elements that are relevant to welcoming the Lunar year in spring 2017,” said Elizabeth Choon, Marketing Manager of Poh Kong.

With a collection that will enthral its wearers, there is no better time to treat yourself or captivate your loved ones with the 2017 Auspicious Collection by Poh Kong. 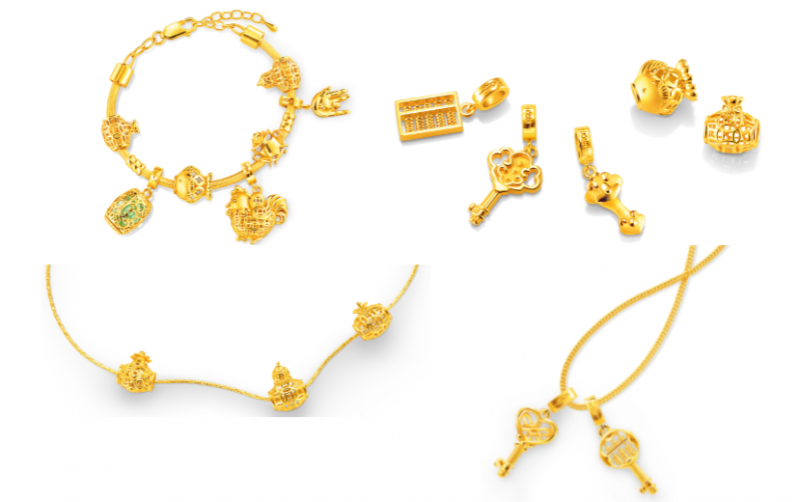 Under the Golden Delights series, there is the ever-so- trendy charm bangle, which can be beautifully decorated with a selection of dainty charms of your choice. Every charm carries its own special meaning, such as the Ruyi charm, the abacus for wealth, the lucky jade charm, as well as the keys to prosperity, love, and peace, amongst others. The charm collection for 2017 also comes with intricately-crafted spacers in the shape of a pineapple, money pouch, tangerine, and other designs, to complement the charms and display their uniqueness. Functionality is also key as these charms can be strung together on a bracelet or worn individually as pendants. 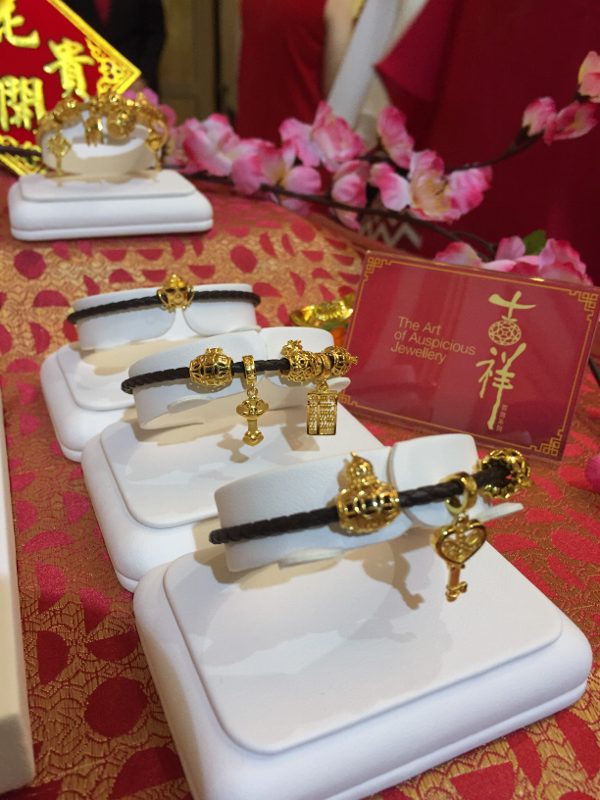 Alongside the charms in this series, specially designed rings for men are also one of the show stealers of this collection. 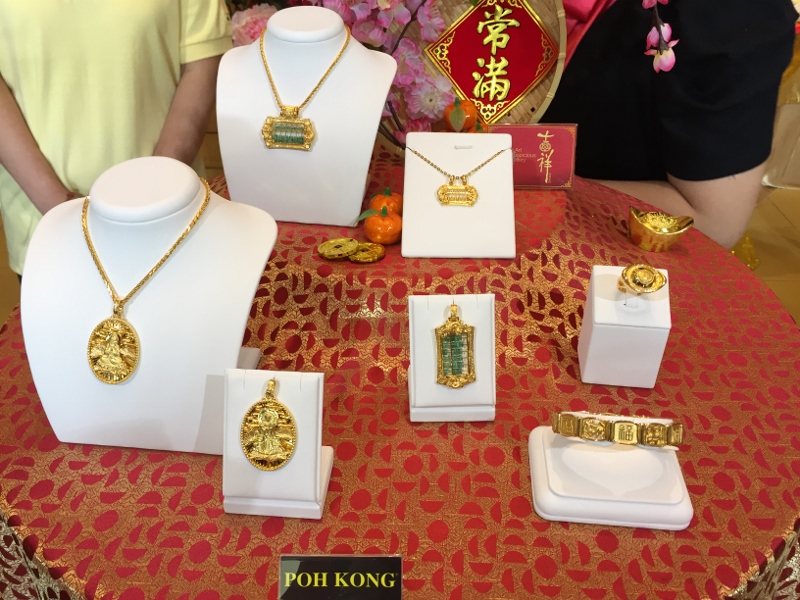 The “Wealth Accumulation” ring is sculpted in the shape of an ingot where its inner walls are fortified with a tile motif that seals in wealth, while the outer wall features distinctive lines that define clear paths to success. 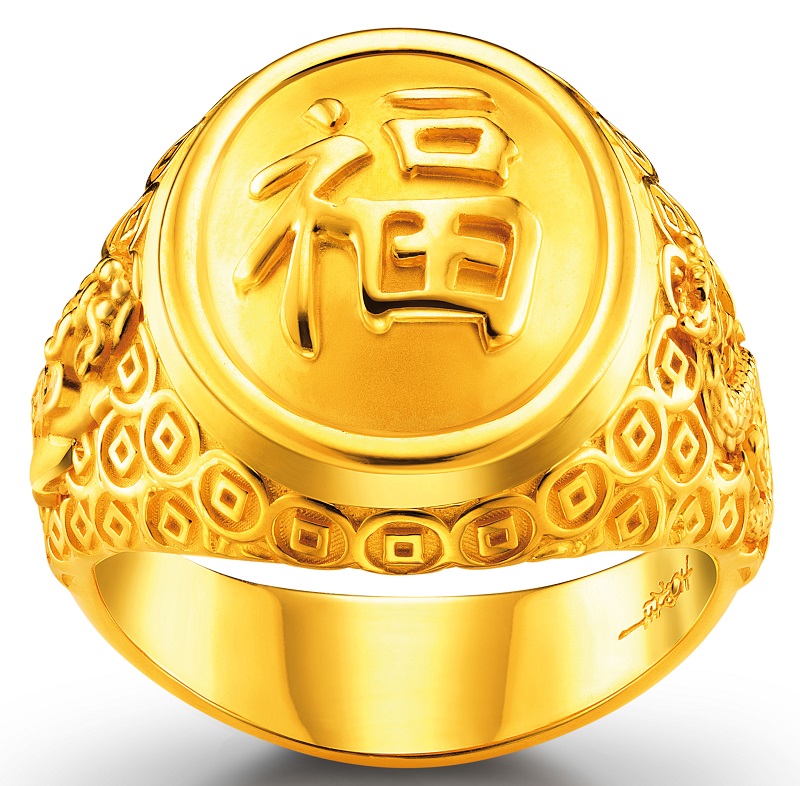 One of the most glorious masterpiece in the collection is a remarkable bracelet in the Golden Delights series which combines six “Happiness” with the five legendary auspicious creatures – the Azure Dragon, White Tiger, Qilin, Vermilion Bird and Black Tortoise. This significant creation symbolises the ability to draw wealth from all directions while ensuring peace and happiness.

The Goddess of Mercy has always been known as one who grants protection and peace of mind. In this pendant from the Golden Delights series, the Goddess of Mercy can be seen settling peacefully on a lotus while the reflection of the background creates a mesmerising effect. The Goddess of Mercy, complemented by the Heart Sutra which is meticulously crafted on the back of the pendant, showcases Poh Kong’s attention to details and amazing craftsmanship. 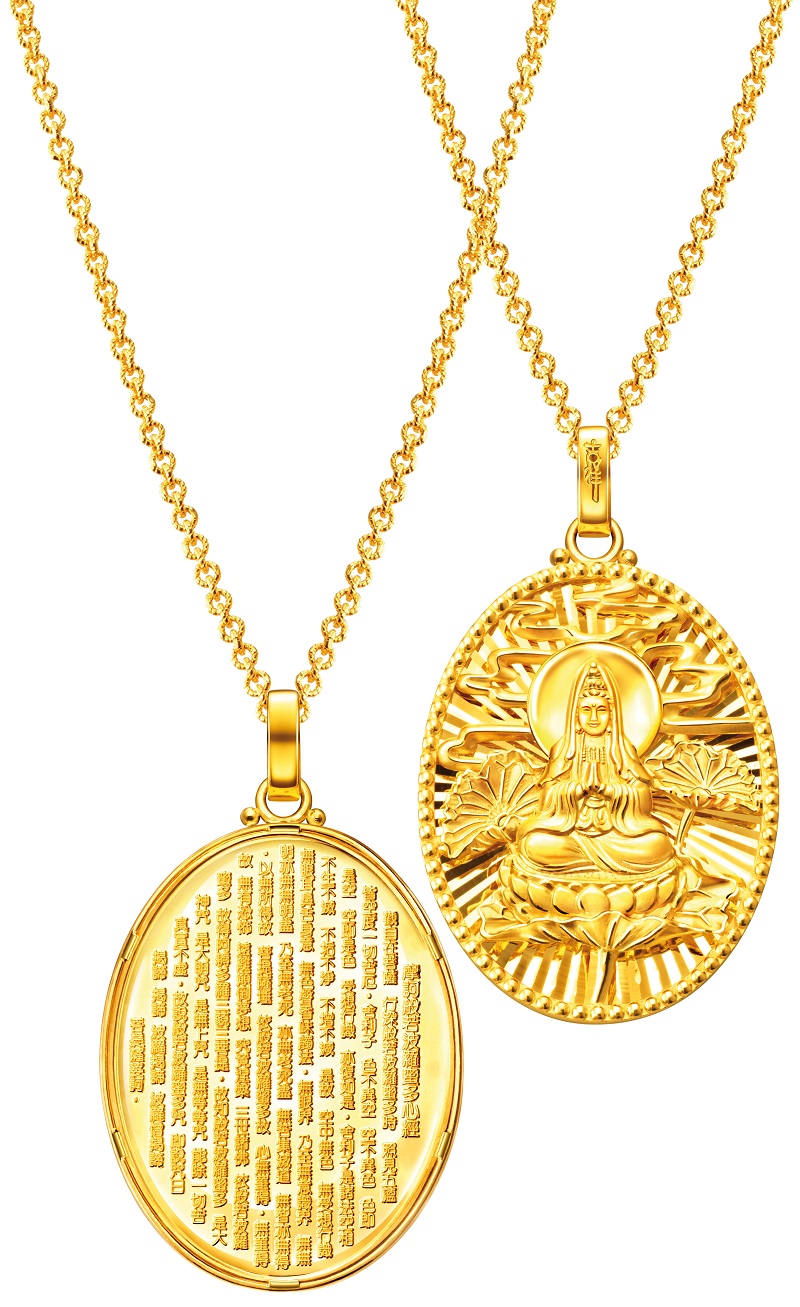 The Pixiu has long been regarded as an auspicious mythical creature that ferociously draws wealth from all directions and safeguards it vigilantly. What better way to embody this powerful protector than to feature it in Poh Kong’s Prosperity Pixiu series? This series of abundance features pendants, ring, and bangles that showcases this magnificent creature while attracting and guarding your wealth. 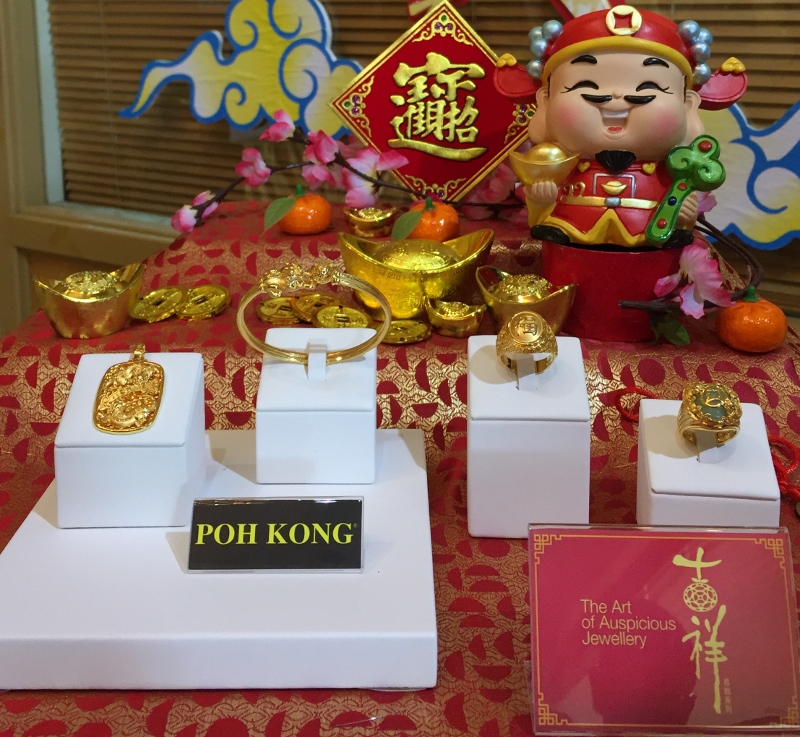 Poh Kong’s Abacus of Prosperity series brings more abundance through its unparalleled craftsmanship. Every miniature abacus bead is carefully crafted and is able to move freely along the rod. The featured abacus pendant provides the users with a selection of either the beads in gold or jade, as well as an option for the wearer to don it horizontally or vertically. The abacus is also flanked by two auspicious Pixiu, to symbolise the ushering in of wealth. 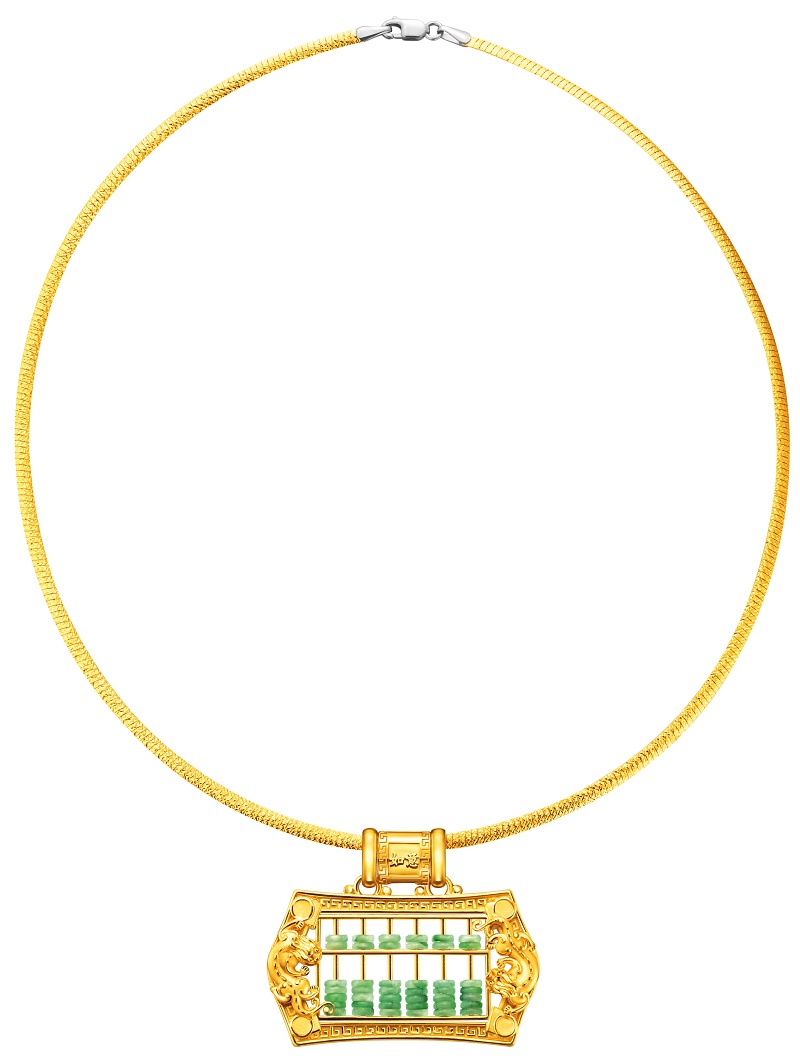 In line with the Year of the Rooster, Poh Kong has exclusively crafted a charming series which features the golden rooster, in order to welcome abiding luck and prosperity to its wearers. The series’ designs include the auspicious animal donning female and male traditional wear, one in the shape of a heart, another nesting in a prosperity egg, and last but not least, a rooster specially crafted to represent academic success. These adorable pendants are not only catered to children but also to the adults who share a special bond with the Rooster.

Poh Kong’s 2017 Auspicious Collection will be available at all Poh Kong outlets from mid-December 2016 onwards.