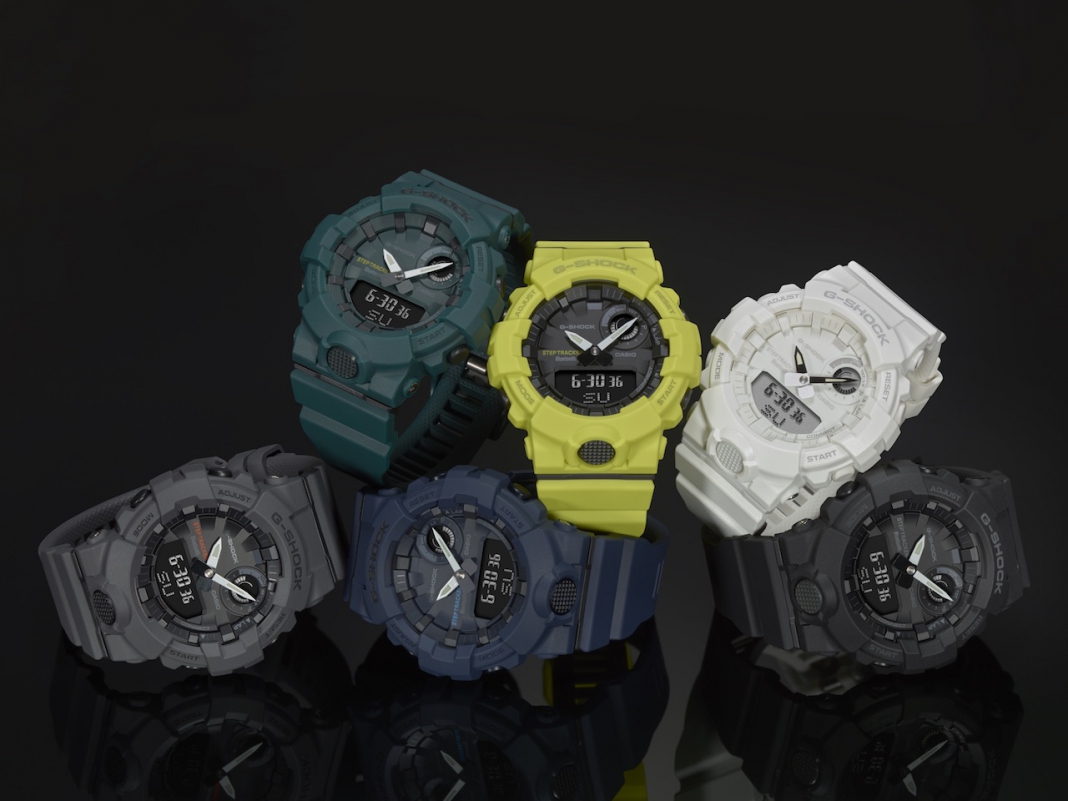 Casio introduces a new G-SQUAD series under the G-SHOCK brand, which feature stylish looks to match casual wear, and equipped with a 3-axis acceleration sensor, and can pair with a smartphone app to support daily fitness. The first watch to be released in the G-SQUAD series is the GBA-800, which will be available in six models.

The new GBA-800 uses its built-in accelerometer to measure daily steps taken and walking/running pace, displaying the steps taken on the watch. Using Bluetooth®, the watch pairs with a smartphone and sends data to the G-SHOCK Connected app, allowing users to track and view the daily steps they take and the calories they burn.

The number of steps measured by the watch is displayed by the G-SHOCK Connected app in a graph that breaks down the steps taken in each of five metabolic equivalent (MET) levels, based on the step count and walking/running pace data and using the new algorithm which Casio developed. When the user brings along a smartphone while engaging in an activity, the G-SHOCK Connected app graphically displays the steps taken and calories burned on a map, so the user can track the steps taken and the location, time of day, and MET level. The user can also create timed workouts for interval training, providing a whole new way for men to use G-SHOCK for health tracking and fitness.

The GBA-800 watches come in monotone color palettes and offer analog hands for a true timepiece look. In addition to their styling, the watches have customized modules that allow for the compact size while still fitting in the Bluetooth® system and acceleration sensor. The watchbands feature plenty of holes to ensure a perfect fit on the wearer’s wrist. The GBA-800 keeps accurate time by connecting four times per day to a time server through a paired smartphone, delivering performance and practicality as a wristwatch.