Bentley is adding a third model to its Flying Spur range that aims to offer owners the best of both worlds.

The Flying Spur V8S, which will make its debut at the Geneva Motor Show during Bentley’s press conference on March 1, will also sit between the current Flying Spur V8 and the flagship W12 model when it becomes available for order this summer. 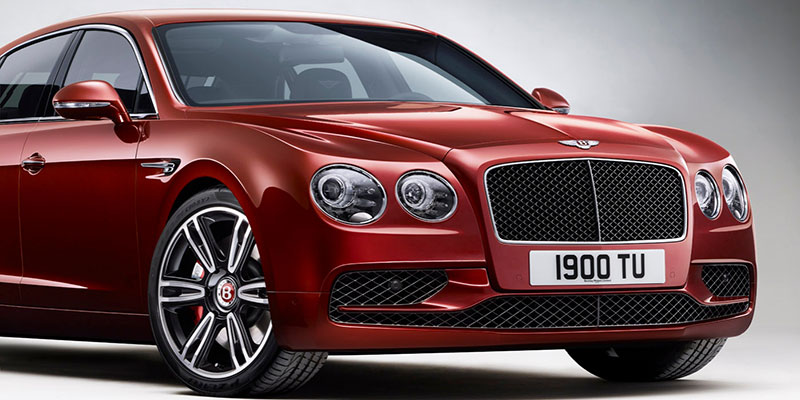 Like the existing V8, the new car has a 4-liter twin-turbo engine under its hood but it’s been tuned to deliver 521hp instead of 500hp. The extra power means the car is much sportier and urgent, dealing with the 0-100km/h sprint in just 4.9 seconds on its way to a 306km/h (190mph) top speed.

But as well as greater forward momentum, the V8S has been built to be an engaging drive. It’s sharper in the corners thanks to a reworked suspension set up that stops body roll. When put into sport mode, the car automatically makes fifth gear, the most boring in the box, out of bounds and gives the driver more space to push things or potentially make an error before electronic stability controls kick in and save the day. Then there’s the four-wheel drive system. Although permanent, power is concentrated 60:40 at the rear.

However, Bentley claims it’s managed to deliver all of these dynamic improvements without sacrificing either the car’s comfort levels when cruising is called for, or its fuel efficiency — 10.9l/100km or 25.9 mpg on the combined cycle.

Outside, the car has a more aggressive character that signals to onlookers that it is a luxury vehicle with sporting potential. The radiator grille is finished in black for example (a huge departure for Bentley on a standard model), as is the rear diffuser. The car also sits on huge 20-inch alloys. And being a Bentley, clients can specify an even darker and more menacing look if they so desire.

Inside, a sports three-spoke steering wheel and piano black veneers are standard as are a more keenly ‘knurled’ gear lever and column-mounted paddle shifts.

Wolfgang Dürheimer, chairman and chief executive of Bentley Motors, said: “The Flying Spur remains unrivalled in its ability to combine class-leading comfort with remarkable dynamic ability. It’s the perfect choice for the customer who wants ultimate refinement as well as an exhilarating, spirited drive.”