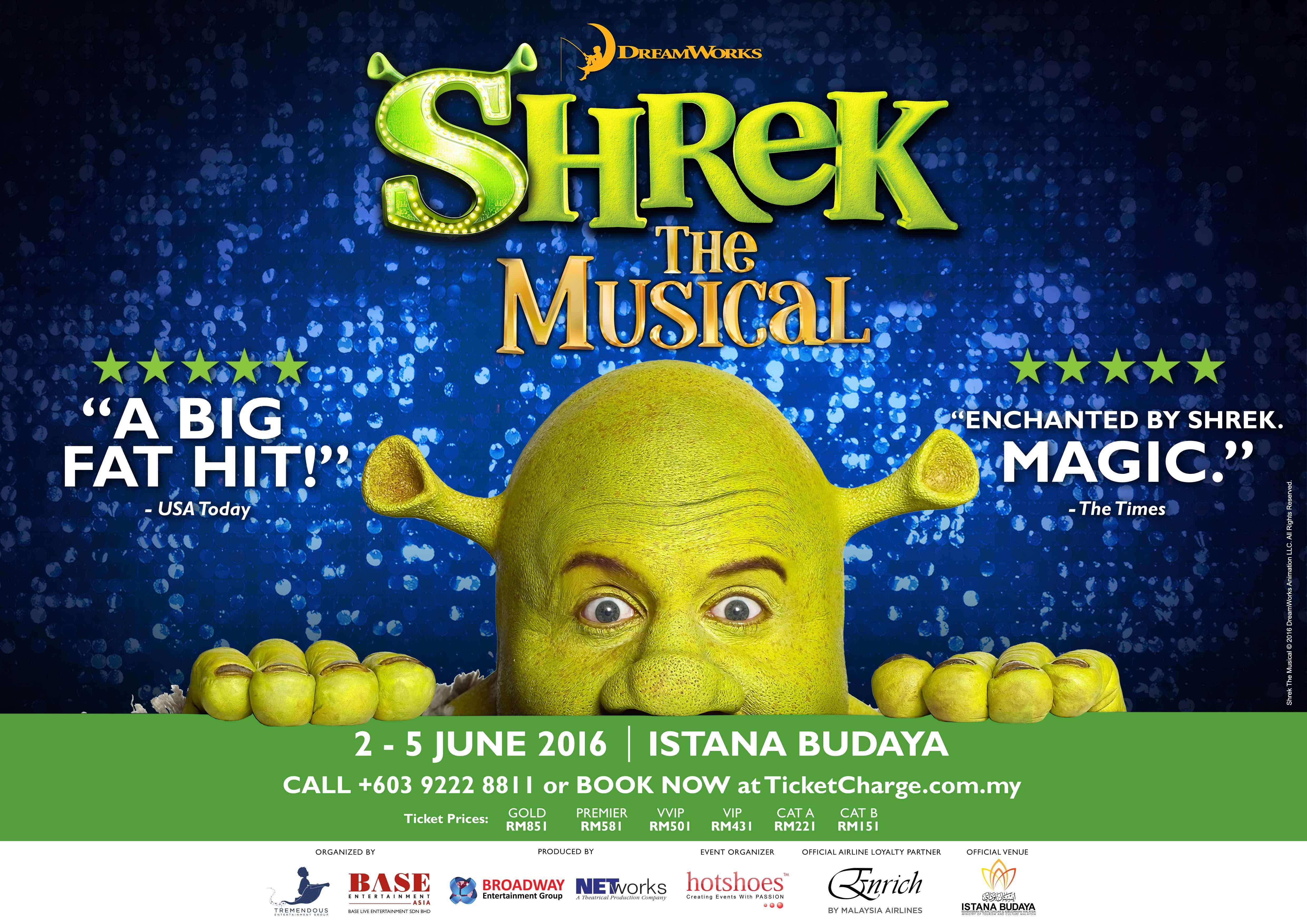 SHREK THE MUSICAL, based on the Oscar®-winning DreamWorks Animation film is coming to Malaysia for the very first time as part of its first ever international tour. As described by USA Today, this “BIG FAT HIT!” will be playing at Istana Budaya, Kuala Lumpur for a limited season only, from June 2 to 5, 2016 as follows.

Tickets are available at ticketcharge.com.my as follows:

* Excludes the ticketing fee of RM4 per ticket

This live adaptation of the popular animation film Shrek brings the hilarious story of everyone’s favourite ogre to the stage. In a far away kingdom turned upside down, things get ugly when an ogre – not a handsome prince – shows up to rescue a feisty princess. Throw in a donkey that does not keep quiet, a villain with a short temper, a cookie with an attitude and over a dozen other fairy tale misfits, and you’ve got the kind of mess that calls for a real hero. Luckily, there’s one on hand and his name is Shrek. 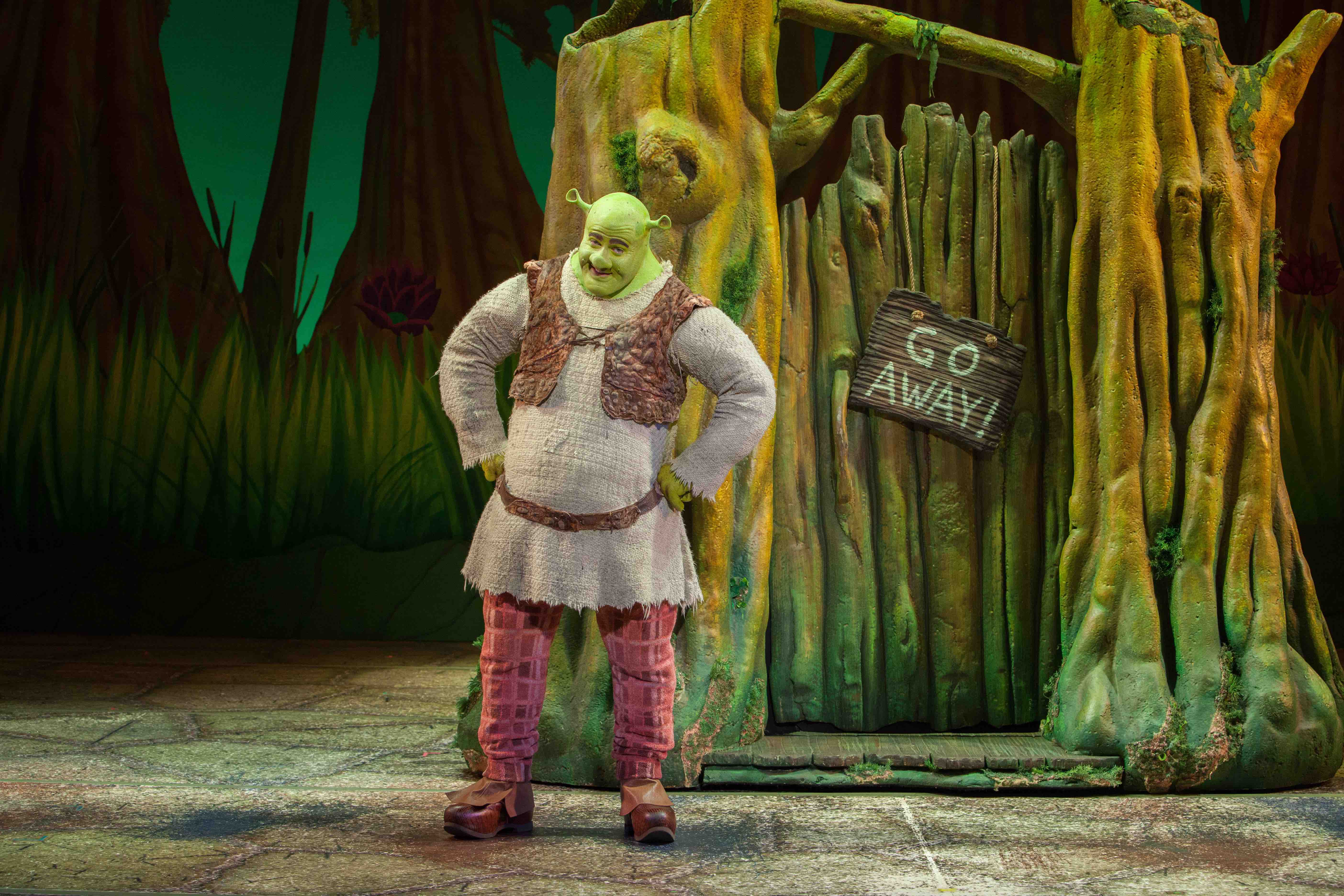 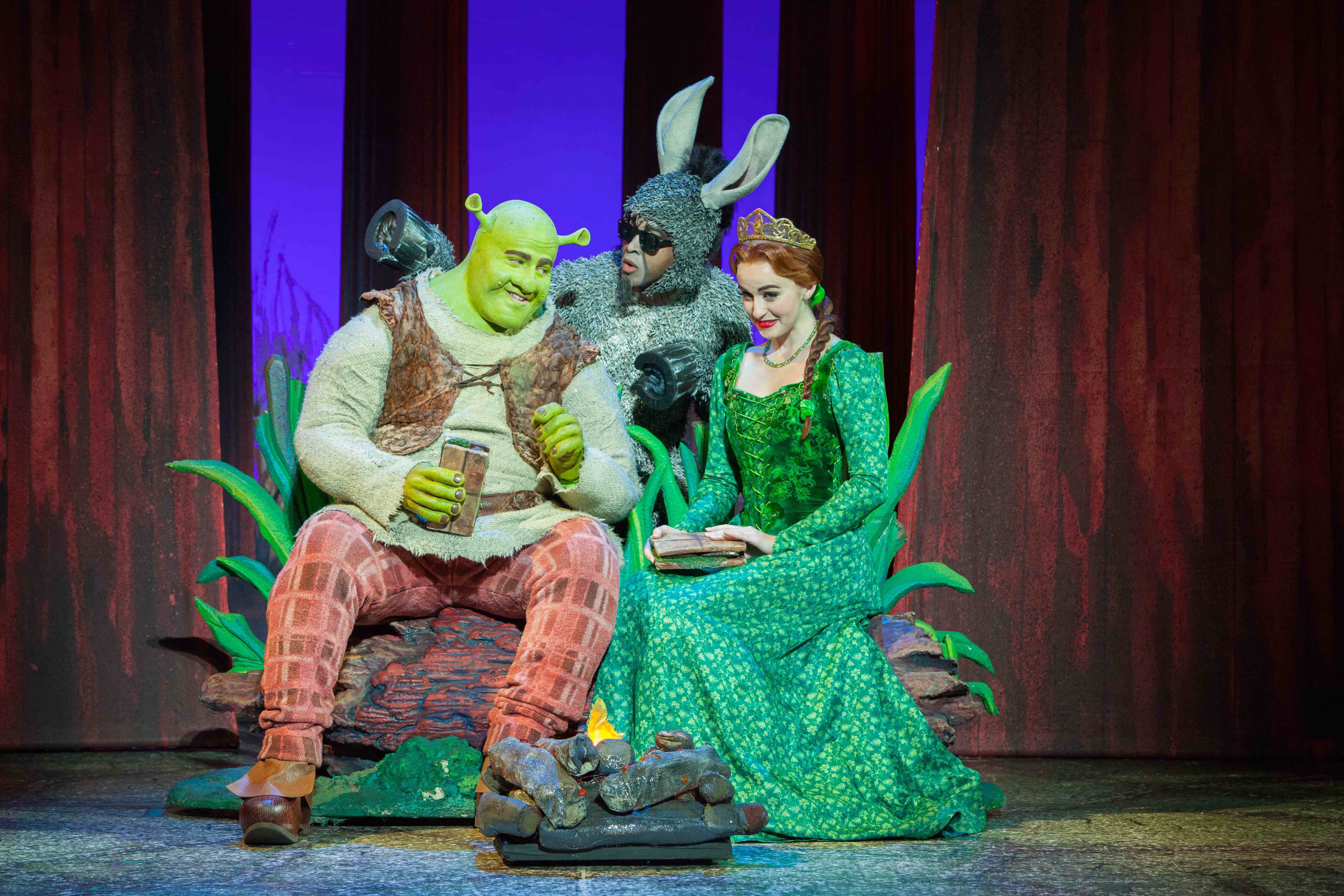 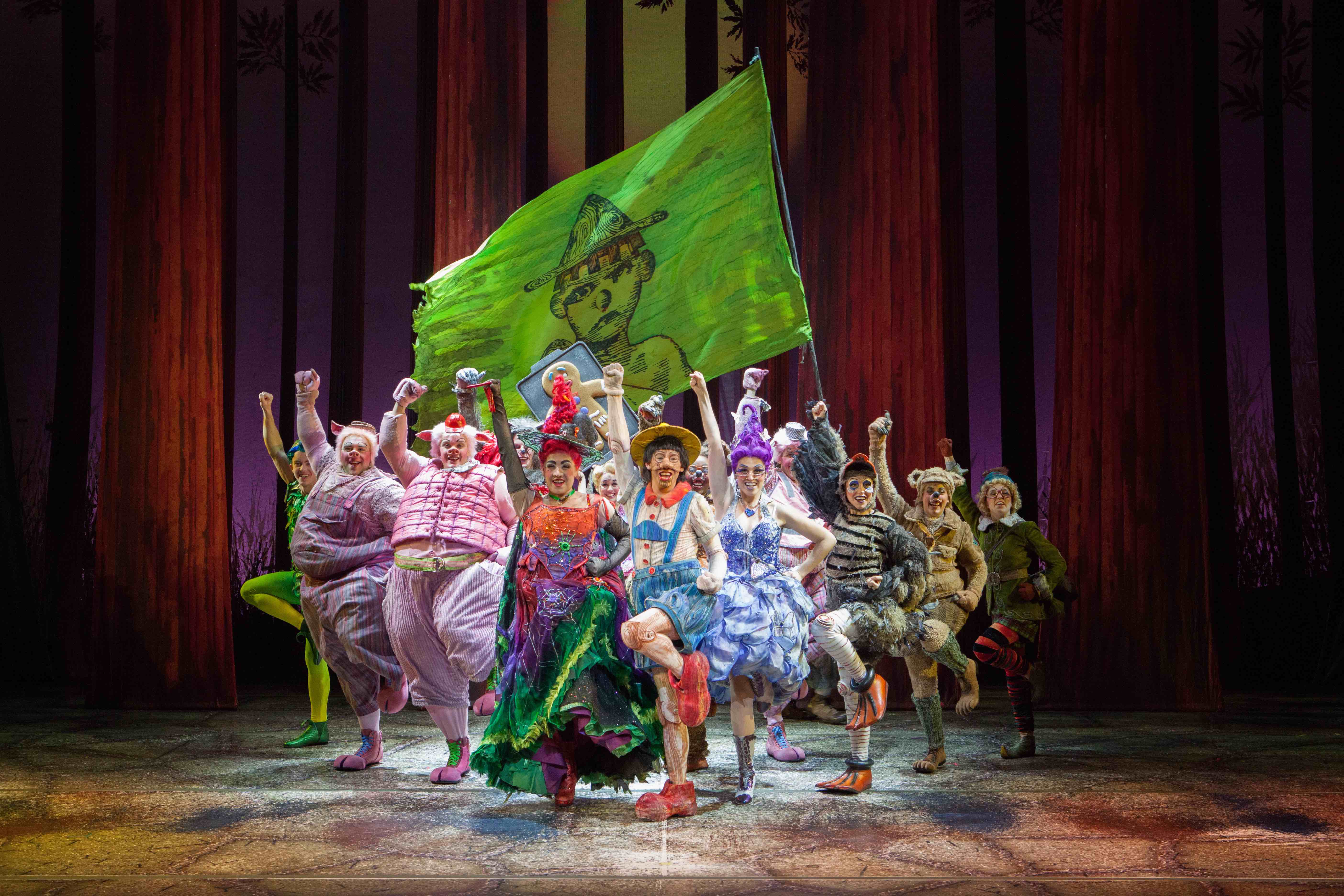 This production of SHREK THE MUSICAL is produced by Broadway Entertainment Group FZ LLC and NETworks Presentations, LLC and presented by BASE Entertainment Asia.

Huat 2Gether in the Year of Rabbit with Lazada