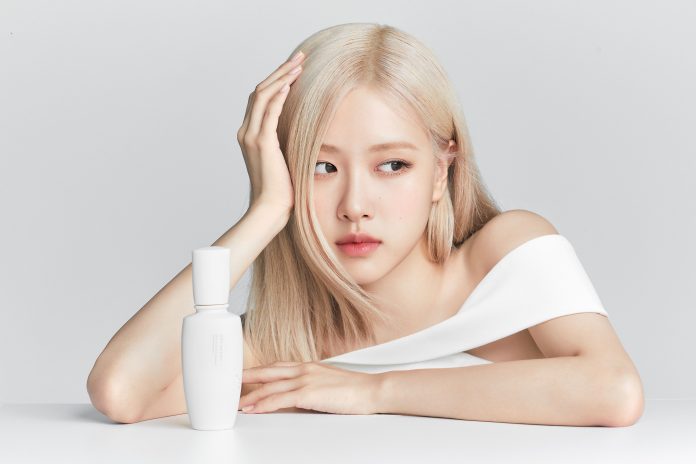 BLACKPINK’s ROSÉ joins Sulwhasoo as the Global Ambassador for the #SulwhasooRebloom campaign. Staying true to the authenticity of the Korean beauty brand, ROSÉ’s ambitious spirit resonates with Sulwhasoo’s pioneering essence and brand philosophy to become the artist and icon she is today. Giving her the role as a brand storyteller, ROSÉ will touch upon every facet of the brand beyond simply serving as a global ambassador.

“It is an honor for me to join Sulwhasoo as their global ambassador of the products which not only my Mom but also myself have been using for a long time.” said ROSÉ.

The #SulwhasooRebloom campaign aims to reintroduce the brand’s identity and universe with a renewed will to embark on a new, beautiful odyssey. The campaign features two films that convey the message with narratives that differ from one another, but a synonymous story about Sulwhasoo’s journey as a brand.

The first campaign film titled <FROM 1932 TO YOU>, expresses Sulwhasoo’s historical milestones and various personas of women through different eras that embodies the aura of Sulwhasoo’s distinguished brand heritage. It all started from a journey of a single drop that began in 1932 with camellia oil, which was extracted and sold by Yoon Dokjeong, the mother of Sulwhasoo’s founder Suh Sungwhan, in Kaesong.

A Man Born from Mother Earth Becomes a Flower

Meanwhile, the global ambassador film titled <A Man Born from Mother Earth Becomes a Flower>, cinematically expresses the journey of the brand using metaphorical symbols. Accompanied by beautiful scenes, the story was created through elements such as “mother earth,” “snow,” and “flowers” as a synonym for the brand’s journey, which began with the spirit of “flowers blooming in the snow,”. ROSÉ elegantly depicts the brand’s spirit and image through the film.

“Soil” as the basis of all lives including humans symbolizes the essence and birth of the brand, while “snow” means the journey that developed the brand for what it is today and the achievement that originated from its endurance. Lastly, “flowers” in full bloom despite the snow shows the current Sulwhasoo that has inherited the pioneering spirit and its image as the heir that is committed to carrying on the journey of beauty. To further celebrate the launch of the #SulwhasooRebloom campaign and new global ambassador, ROSÉ, Sulwhasoo is releasing a limited edition First Care Activating Serum that is inspired by White Porcelain from the Joseon Dynasty, which captures the unique Korean heritage aesthetic and its elegance.