We’re all eagerly anticipating the new series and Game of Thrones has become a cultural phenomenon, which shows no signs of slowing down. Fans are dying to know everything about the character’s, plot twists and filming locations in a bid to delve deeper into the fantasy world.

With the growing trend of TV-inspired travel, the world’s leading tour operator Viator gives travellers the chance to re-live infamous scenes with its Game of Thrones themed tours around the legendary filming locations in Northern Iceland, Northern Ireland, Malta, Croatia and Spain. The tours are run by guides who have been Game of Thrones extras or local guides for members of the cast or crew, so they’re experts with insider knowledge about secret filming locations and behind-the-scenes facts about the show.

The Viator exclusive Game of Thrones walking tour of Dubrovnic explores the red-roofed skyline of King’s Landing, the tour of Northern Ireland takes you to the sites of Winterfell and Castle Black, while the walking tour of Seville takes you through the Water Gardens of Dorne, filmed in the stunning Alcázar palace.

With more than 74 Game of Thrones themed tours, fans can walk in their favourite characters footsteps through the most iconic settings.

Check out some of the amazing locations with the Viator tour and the infographic below for more interesting facts from the series so far, and highlights of Viator’s exclusive tours inspired by the magical locations portrayed in the show. 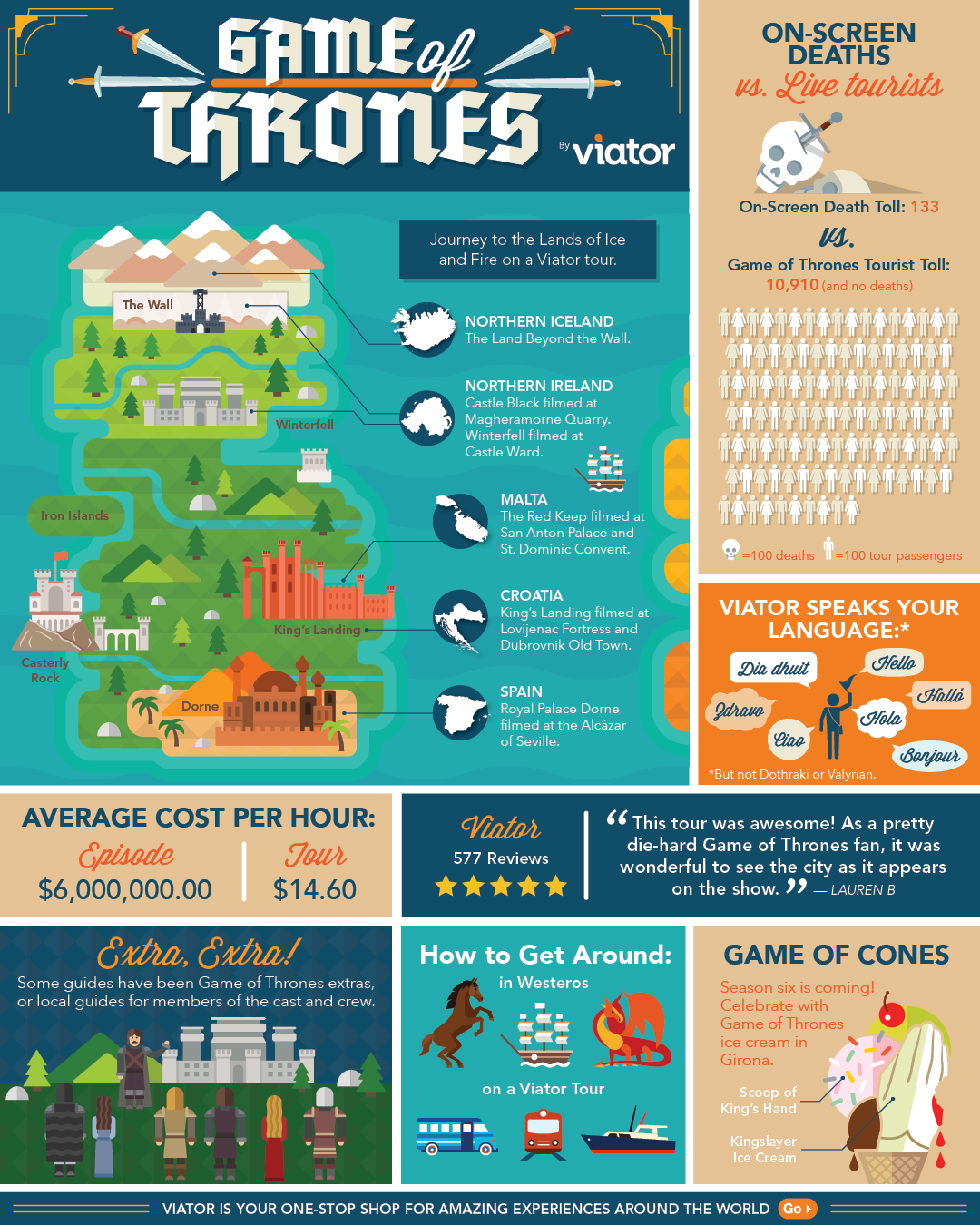