In conjunction with World Mental Health Month in October, Suria KLCC together with The Body Shop invites the public to be part of the change in de-stigmatising mental health problems in their month-long #YouMatter campaign, happening from 11 October until 10 November 2022.

Following the success of last year’s mental health awareness campaign, Suria KLCC will once again be joining hands with the Green Ribbon Group, a non-governmental organisation (NGO) that champions a community approach to mental health. Also in collaboration for this year’s campaign is MIASA (Mental Illness Awareness & Support Association). 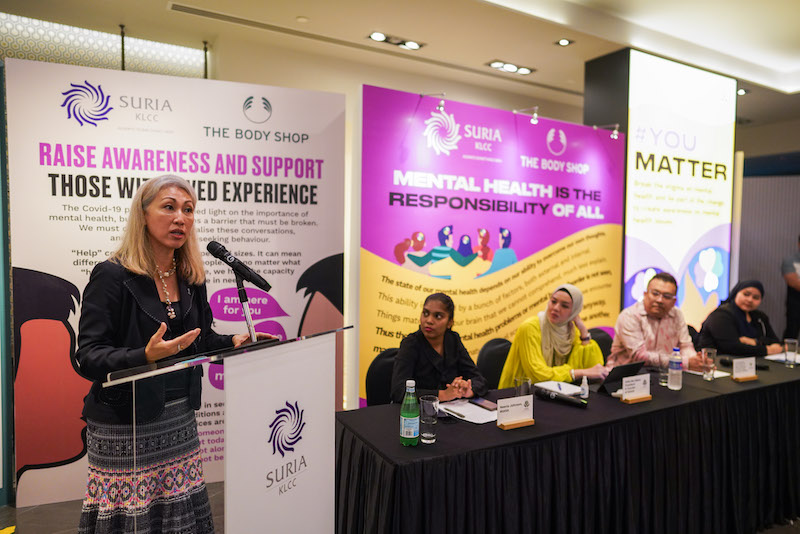 As a lead-up to the #YouMatter campaign, artworks by youth artists with lived experiences of mental illness were showcased at the Park Mall of Suria KLCC entrance area from 3 October until 8 October 2022. These works of passion from the National Art Gallery (via the Young Art Entrepreneurs programme) illustrate the artists’ personal struggles.

Suria KLCC is the first and only mall in Malaysia to take a mental health awareness campaign to the next level via the creation of a safe space for the community. This space, dubbed the Safe Space @ Suria KLCC, is designed for people to gather and converse on the subject of mental health. 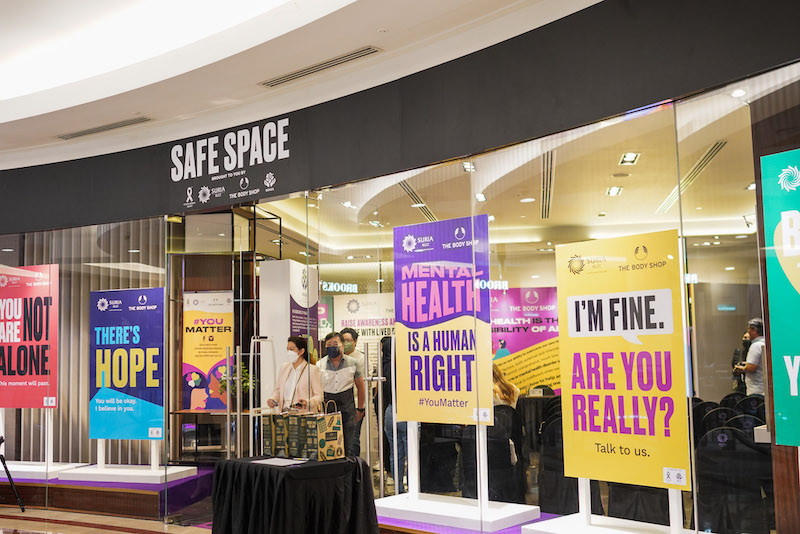 The Safe Space @ Suria KLCC last year was a hit as it drew many visitors. As mental issues do not discriminate, this year’s mental health awareness campaign promotes a more inclusive approach. #YouMatter shines a light on mental health issues afflicting the youth today and what the community can do to help support them.

The Safe Space @ Suria KLCC will be open for the duration of this campaign and can be found at Level 1, Ampang Mall. Open from 10am to 10pm daily, the space will serve as a venue for engaging activities such as workshops, talks and panel discussions by mental health professionals. Visitors can also get more information from a mental health volunteers stationed here.

In addition, Suria KLCC has pledged to support NGOs championing mental health through monetary support from the sales of the Suria Ribbon Pin during festive campaigns. So far, a fund of over RM20,000 has been raised and donated to mental health-related NGOs, such as Befrienders KL and the Malaysian Mental Health Association. This is an on-going initiative and the Suria Ribbon Pin can be purchased from the Concierge at RM10 per pin.

Lazada kicks off 11.11 Biggest One Day Sale for Malaysian Shoppers