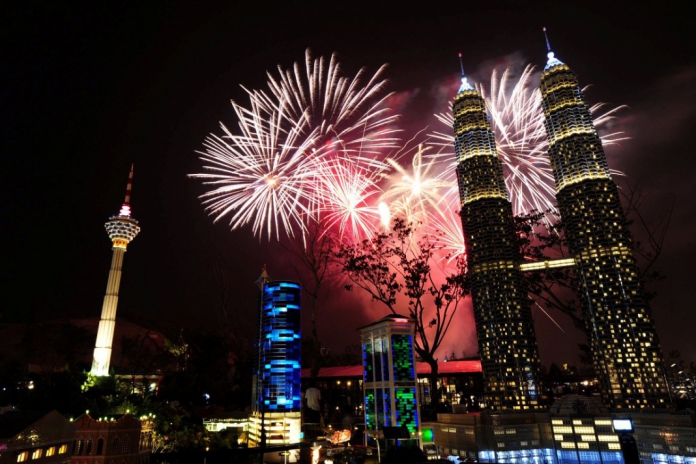 2018 is almost over and a brand new year is about to begin. So, are you ready for a good time this New Year’s Eve? For those who want to have their celebration a memorable one, here is guide to where you can celebrate the New Year countdown to 2019 in Malaysia.

Countdown to 2018 at the Esplanade, KLCC Park this New Year’s Eve. Enjoy the live concert with numbers of popular local artists such as Elaine Lee, Balan Kashimir, Aziz Harun, Dasha Logan, Aman Ra, M.Nasir. Be mesmerized by the 10 minutes musical fireworks display at the stroke of midnight.

Celebrate the New Year’s Eve 2019 Countdown at Sky Deck & Observation Deck of KL Tower. With 360 view of the city skyline, you can witness the fireworks lighting up the sky of Kuala Lumpur from the top of KL Tower! Thes package is inclusive of Sky Box & Observation Deck entrance with complimentary goodie bag.

Usher in the new year with great music and magnificent fireworks at Mutiara Damansara Commercial Centre (MDCC) jointly hosted by IPC Shopping Centre, the Curve and eCurve. The Final Countdown 2019 concert will feature a star-studded line up of local celebrities such as Talitha Tan, who first wowed Malaysians with her chart-topping single Okay, along with Ruffedge, Alvira Arul and more! The night will culminate with the longest and largest fireworks display in Mutiara Damansara! To start the new year on a healthy foot, a workout session will be led by fitness celebrity coaches prior to the start of the Countdown Concert.

End your year with a bang at the 2019 New Year Countdown By-The-Sea® @ Straits Quay at Straits Quay! Enjoy spectacular performances and live bands at Straits Quay, Penang and usher in the New Year together with their iconic fireworks display at midnight!

Organised by Sibu Municipal Council to ring in the New Year, the Sibu Year End Countdown 2019 is one of the yearly events to celebrate the end of a successful year with entertaining performances comprising with a blend of both oldies and modern performances by the local talents from different races, and ends with fireworks as the new year begins.