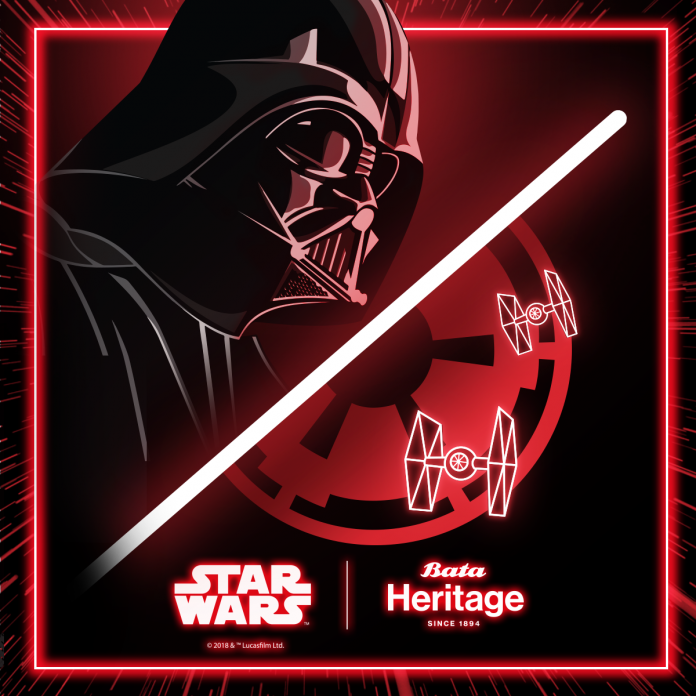 The Star Wars x Bata Heritage SS18 capsule collection will be officially launched on May 4th, 2018 at Bata Suria KLCC for this Spring/Summer 2018! Guess the iconic Star Wars characters on the Bata Bullets and Bata Tennis shoes in the capsule collection. “The retro feel of the original Star Wars by George Lucas was the starting point of the collaboration, as it echoes the legacy of Bata; a company which started in 1894 that still produces its iconic styles today,” expressed Charles Pignal, Group Heritage Director. 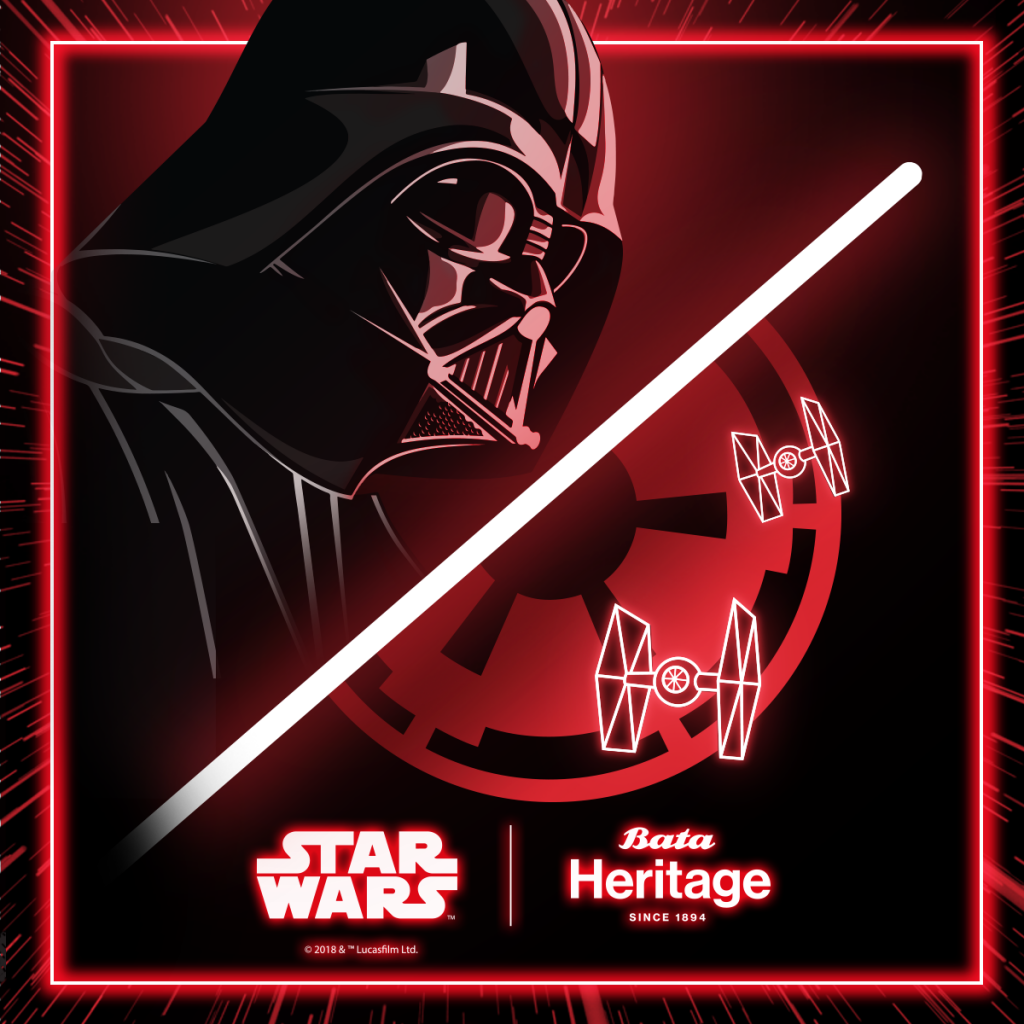 Originally created in 1964 to shoe the Baltimore Bullets basketball team, the Bata Bullets was discontinued in the mid-70s and re-launched in 2016 as a testament to the brand’s value of endurance. For this collaboration, the Bullets come in high-top versions in black or white canvas, with red or blue ‘Star Wars’ rubber patch on the side. It also boasts matching piping around the shoe and a top eyelet while the back of the sneaker prominently features the iconic light saber from the film. 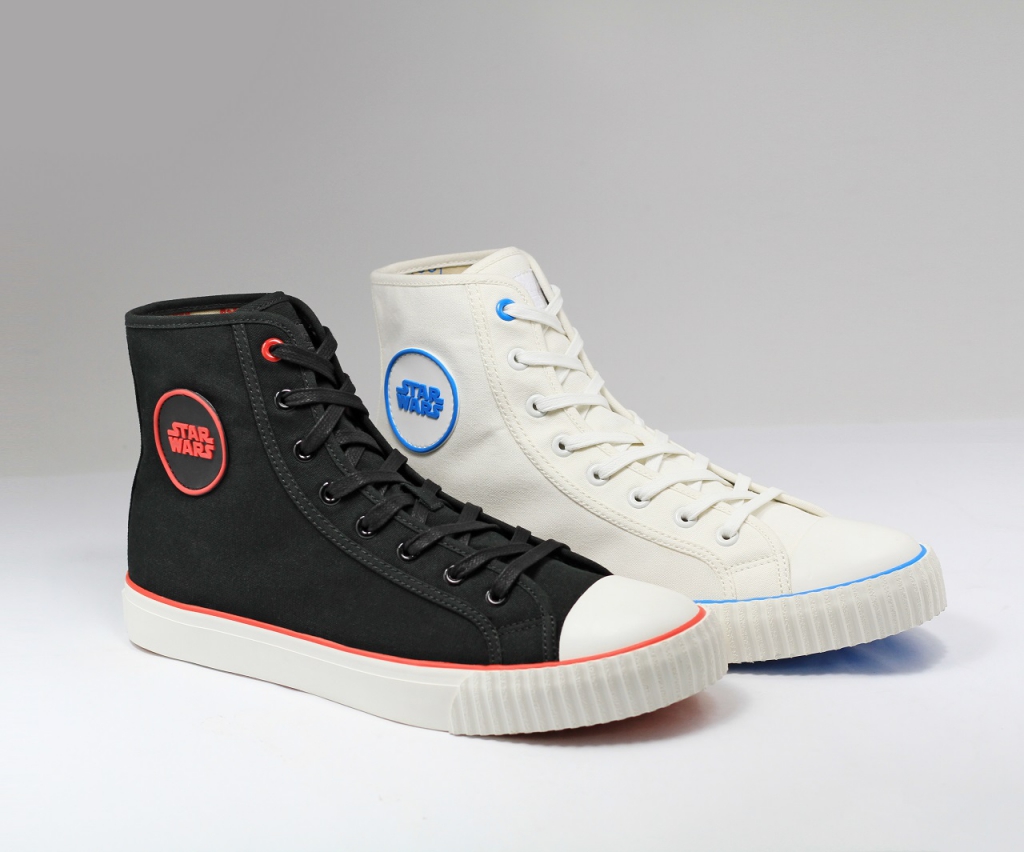 The first Bata Tennis shoe was manufactured in India back in 1936. This range was specifically catered to school children for their Physical Education classes and it continues to be one of the brand’s best-selling shoes today. For SS18, the low-top version has been revamped with tricolored graphics of Darth Vador, R2D2 and the Storm Trooper. Both Vador and the Trooper’s drawings are available in white, black and grey, while R2D2 comes in a fresh white, blue and grey combination. 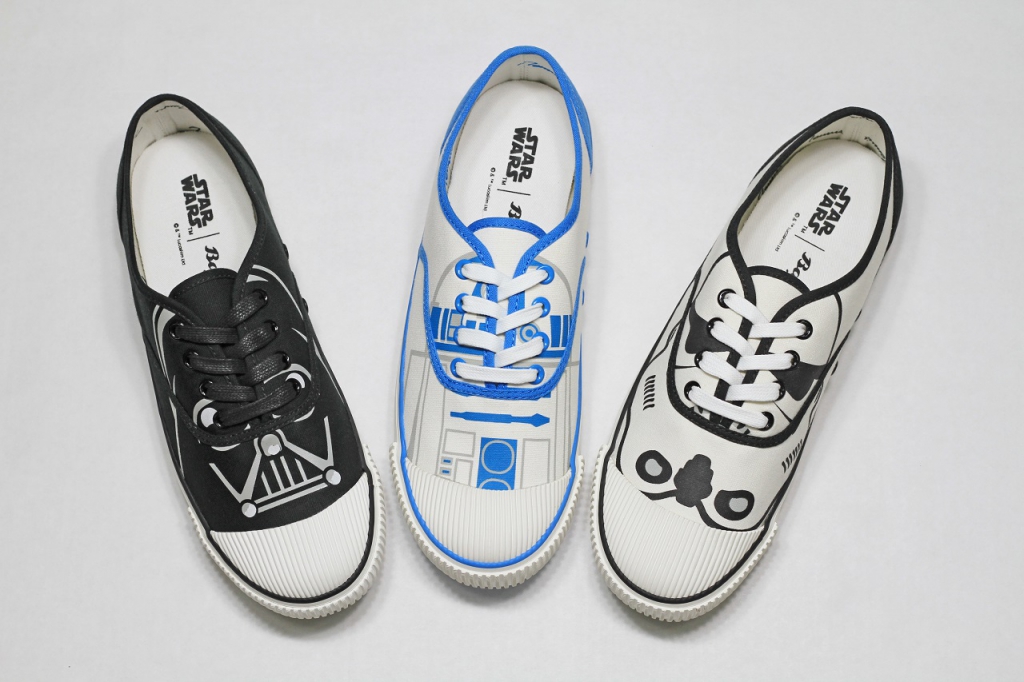 There will be only limited pairs of these editions set for sale in the nation. The Star Wars x Bata Heritage SS18 capsule collection will be officially launched on May 4th, 2018 at Bata Suria KLCC at the retail price of RM249 and RM299 for the Bata Tennis and Bata Bullets collection, respectively. Meanwhile, it will also be available for online purchase at www.bata.com.my from May 7th onwards. The first 25 customers will receive an exclusive Bata Heritage Tote bag while the first 50 will receive a limited edition Star Wars X Bata Heritage wristband.