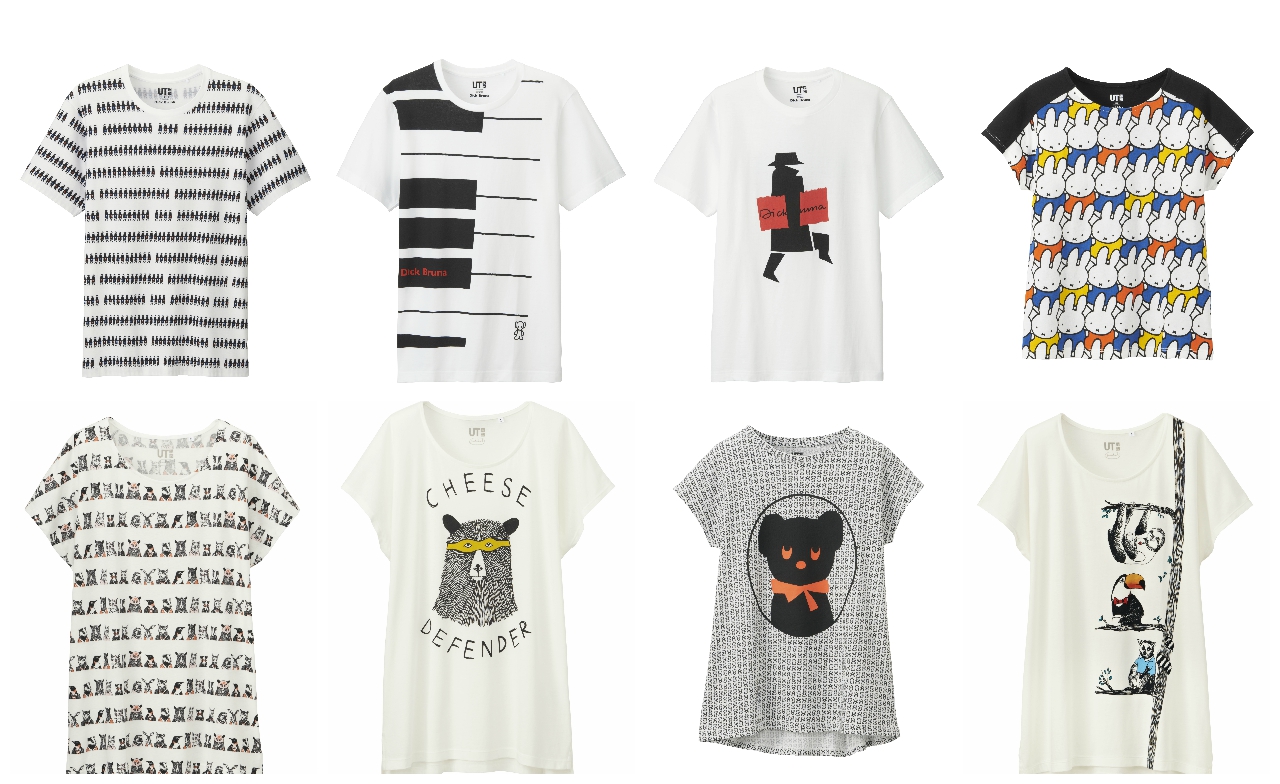 UNIQLO unveiled its new UNIQLO T-shirt (UT) lineup for Spring/Summer 2016. This season’s range features 16 new graphic themes, bringing the total to around 40, for more than 1,200 pattern and color variations.  It showcases handpicked pop culture from around the world through art, culture, lifestyle, music, characters and Japanese culture.

An exciting new addition to the UT range is a special collaboration with LIBERTY LONDON, a prestigious British brand. There is graphic content from Bruno Munari, a renowned Italian picture book artist and designer. The range also includes themes from Jimbobart, the creation of London-based James Ward, as well as from France’s Olympia Le-Tan, which is famed for clutch bags, and from Sweden’s Almedalhs, a highly respected textiles design house.

Groove Makers makes its first appearance in a series of designs from the Universal Music Group’s record and logo portfolio. The very popular Music Icons series adds such artists as Foo Fighters, Led Zeppelin, The Misfits, Kurt Cobain, the Sex Pistols, and The Chemical Brothers.

One exciting addition this season is LEGO® T-shirts in various designs. Also new this season are beloved children’s book character BARBAPAPA and designs from the popular SpongeBob SquarePants animated television series. Complementing Miffy, a Dick Bruna character that has already appeared in the UT range, are graphics from his series of books about a little Black Bear whose eyes are always red because he reads too much. The range also includes new designs from MAGIC FOR ALL, the line that was introduced last year based on the Disney project.

One new contribution this season is from HAIBARA, a traditional hand-made paper dealer founded in Nihonbashi, Tokyo, in 1806. There is also content from SHODO, a collection of black brush-stroked characters, and from KINNIKUMAN, a manga series featuring a wrestling superhero. We have augmented designs for the popular SHOCHIKU KABUKI series launched last year.