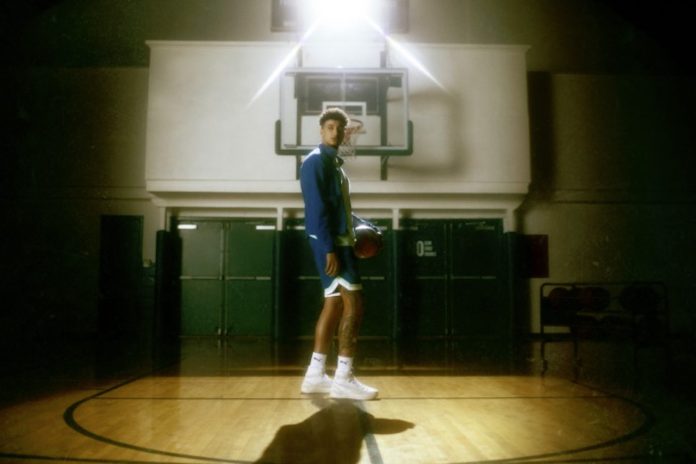 On Valentine’s Day, PUMA officially announced a multi-year partnership with Grammy-winning artist J.Cole with a short film and TV commercial that was concepted and co-directed by Cole himself.  The theme of the spot speaks to never abandoning one’s dream, despite the obstacles faced or time passed. The commercial was a joint PUMA x Dreamville production and will air during Sunday’s NBA All-Star game on TNT.

This partnership was announced right after the launch of PUMA’s newest Hoops silhouette, the Sky Dreamer, hits shelves on February 13. The Sky Dreamer is a relaunch of the original style, the Sky LX, worn on-court in the ‘80s.  It now returns to basketball nearly four decades later with a heritage-inspired mid-top silhouette infused with a touch of today’s style, including a Dreamville “Dreamer” emblem, which draws inspiration from Cole’s brand, Dreamville.

The Sky Dreamer is equipped with PUMA Hoops technology, including the brand’s signature ProFoam cushioning and high-abrasion grip for peak stability, as well as features forefoot webbing for stabilization and lockdown.