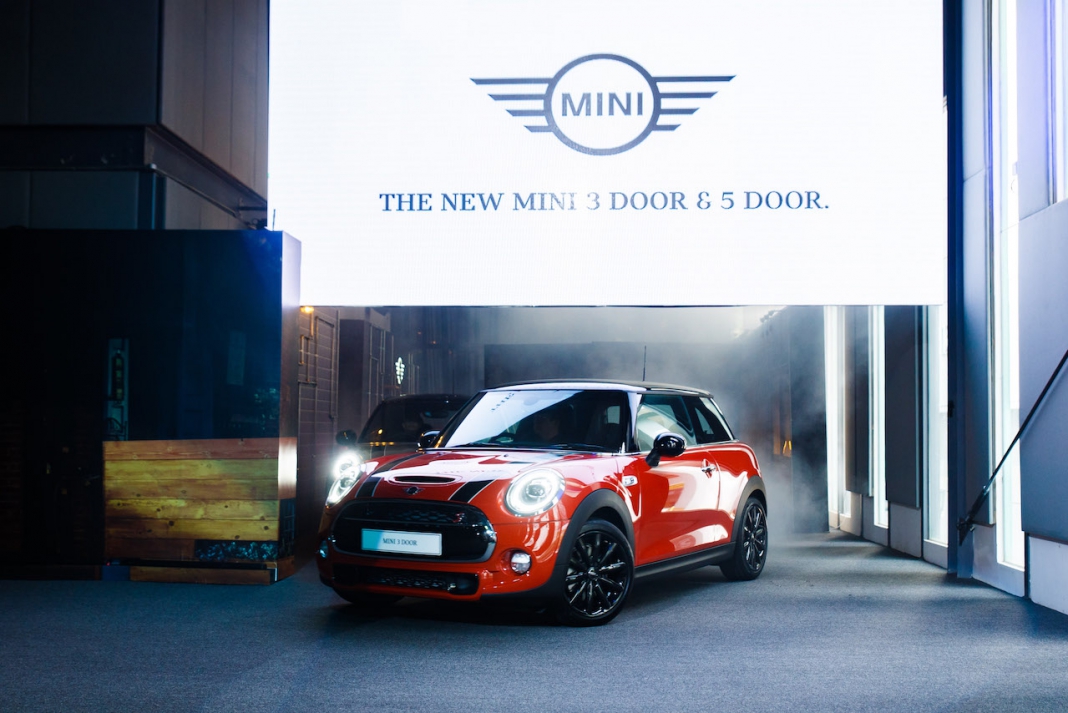 MINI Malaysia has introduced the New MINI models last week for the very first time for the generations of the New Malaysia. The New MINI models – MINI 3 Door, MINI 5 Door, and MINI John Cooper Works stay faithful to its legendary roots but is now also a current and contemporary icon, setting new benchmarks once again for emotive, premium design, clever functionality and its signature go-kart handling.

The New MINI 3 Door, the New MINI 5 Door, and the New MINI John Cooper Works are introduced with the latest engines and transmissions from the BMW Group which complies with the latest Euro 6c standards for increased driving excitement and even lower fuel consumption. The New MINI also sets new benchmarks for emotive, signature design elements such as the new MINI Logo Projection, LED Headlamps and Union Jack Tail lamps with Day Time Running Lights, and new logo elements on its body to distinguish the car further from its previous iterations.

The New MINI 3 Door stands out with the 17” Cosmos Spoke in Black, where a coat of special black paint provides a more dynamic look that gives the rims a high-gloss finish and deep black paint effect.

The challenges of reversing in and out of tight spots are now a thing of the past as the New MINI 3 Door is newly installed with the Rear View Camera. A complement to the existing Park Distance Control, the Camera provides a clear picture of what is behind and even guidelines to steer in the right direction.

The interior of the New MINI 3 Door comes with the backlit MINI Yours Illuminated Cockpit. The display lights up with a stylised Union Jack, offering 12 colours that are sure to suit every mood of every driver.

The interior finish of the New MINI 3 Door keeps up the MINI comfort and sophistication by being fitted out with Leather Cross Punch in Carbon Black.

The wheels for the New MINI 5 Door impress with the stunning high gloss 17” John Cooper Works Track Spoke in Black, exclusively developed for optimum weight support and fitted with run-flat tyres. An attractive new standard feature for the New MINI 5 Door is the John Cooper Works Aerodynamic Kit which confers the New MINI with the eye-catching rear spoiler, while ensuring the vehicle’s power stays exactly where it belongs – on the road.

Along with the new MINI Logo Projection, and LED Headlights and Taillights, the New MINI John Cooper Works comes equipped with the 18” John Cooper Works Cup Spoke 2-Tone and John Cooper Works Bonnet Stripes. There is also the optional Panoramic Sunroof which enables more lighting in the car, creating an ambience of openness in terms of space.

The powerful New MINI John Cooper Works is powered by a 2.0-litre 4-Cylinder MINI TwinPower Turbo Engine which generates 231hp and 320Nm of torque, enabling the car to sprint from 0 to 100 km/h in 6.1 seconds. Complementing the performance-oriented engine is an 8-Speed Steptronic Sports Automatic Transmission which enables the John Cooper Works model to be sportier, more efficient and comfortable due to the smaller engine speed steps. The gears can also be shifted manually through the steering wheel paddles. With this setup, a top speed of 246km/h is easily achievable with an efficiency of only 6.0l/100km of fuel and a combined CO2 emission of 137 g/km.

An offering of Adaptive Suspension as standard, enables a more controlled and precise handling of the New MINI John Cooper Works, bringing forth the performance of the Go-Kart driving feel element of the car with all the power under the bonnet and drive from the 8-Speed Steptronic Sports Automatic gearbox.

The interior of the New MINI John Cooper Works truly completes its rally car appeal, with the Dinamica Leather John Cooper Works Racing Seats, accentuated by Chili Red colour lines, an anthracite headliner, and stainless-steel pedals. Keeping to MINI’s philosophy of personalisation, the cockpit facia of the New MINI John Cooper Works can now be further customised according to the owner’s preference. Another offering courtesy of the MINI Yours customised programme, the offering is also the first of its kind in its segment and is a true differentiator for the MINI model.

The New MINI John Cooper Works is the first car in its segment to introduce Wireless Charging for Mobile Phones. A mobile phone is automatically charged when it is placed on the wireless charging station in the centre armrest. Additional innovations include the handy MINI Find Mate, allowing owners to conveniently attach tags with wireless tracking function to important belongings, such as bags, cases and key rings. Once these items are out of range, owners will receive a notification from the MINI Connected app, showing the last known location of the tagged item, minimising forgetful moments on the go.

The New MINI models are available at all authorised MINI dealerships nationwide from 14th July 2018. The estimated recommended retail prices (on the road for personal registration, without insurance) of the New MINI with the MINI 4 Years Unlimited Mileage Warranty with Free Scheduled Service are:

More information on the New MINI can be found at www.mini.my.