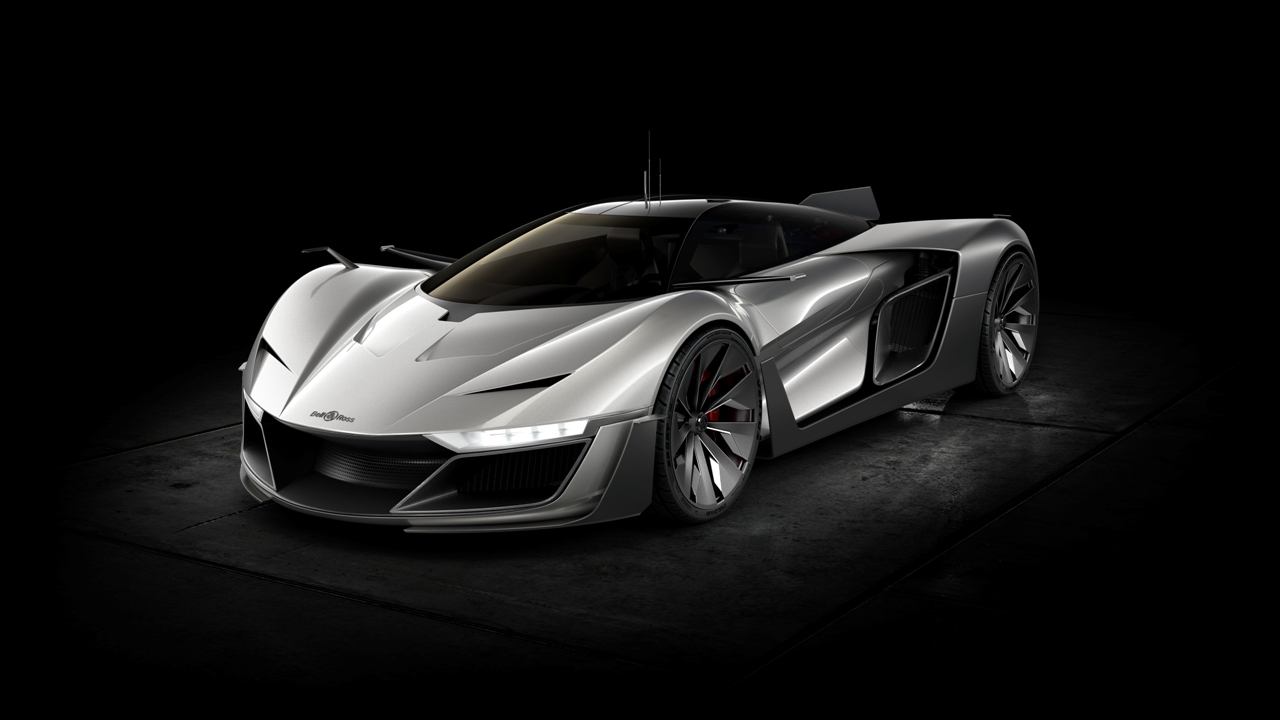 In 2016, Bell & Ross has designed an unique car, the AeroGT, an avant-garde concept car and GT grand sport with bodywork as streamlined as a fighter jet, created by the watchmaker’s design studio.

The AeroGT is a super car inspired by aviation. Extremely low (1.10 m) and aerodynamic, the 4.7 meter-long car seems to split the air like an arrow. Its pointed forms with sharp angles and cutting overhangs are reminiscent of some stealth aeroplanes. All it needs to take off is a pair of wings. When seen from above, the drop-shaped glass roof recalls the glass cover of a jet cockpit. 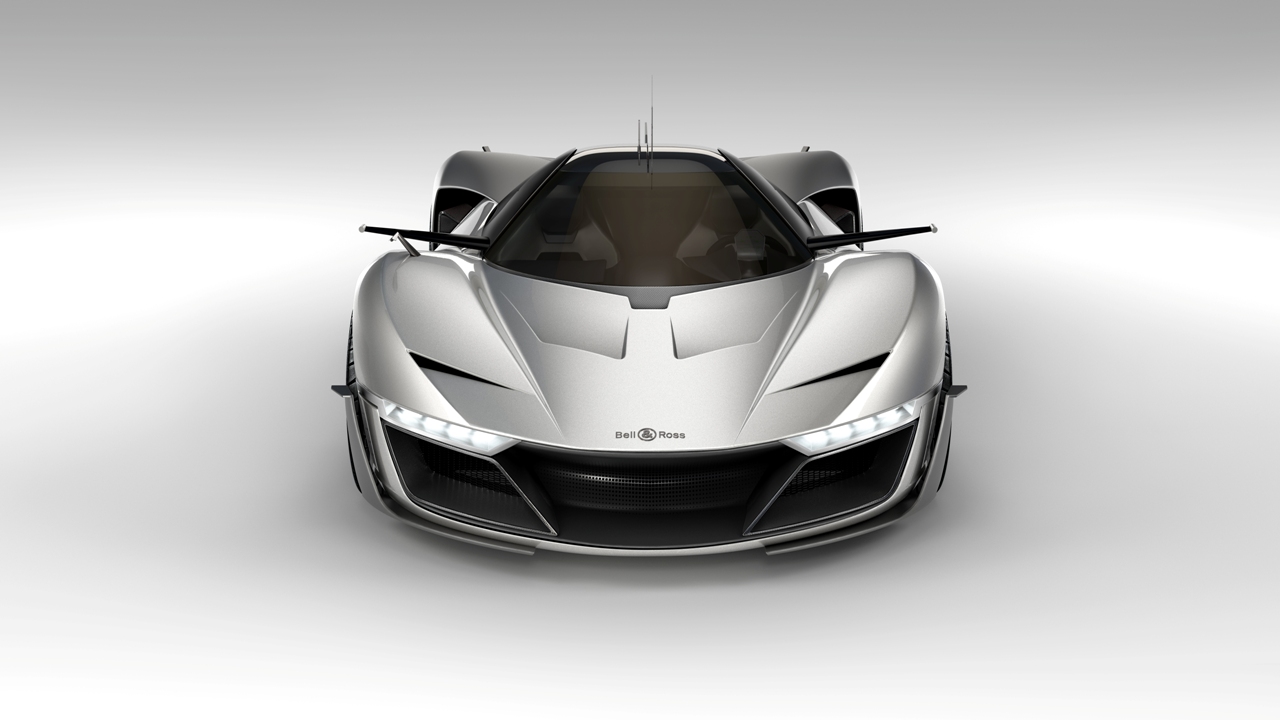 Meanwhile the razor-thin wing mirrors are inspired by the small wings called “canards” placed on the nose of a fighter. The two unusually sized exhaust pipes evoke turbojet engine exhausts, while the turbine-style rims imitate the vanes of supersonic aircraft engines. But the most impressive detail is the rear longitudinal aileron, which is reminiscent of an aircraft’s vertical stabilizer. The role of this element is to stabilize the racing car when performing quick turns. Ultimately, the Bell & Ross AeroGT concept car combines motoring and aviation to the greatest possible degree. 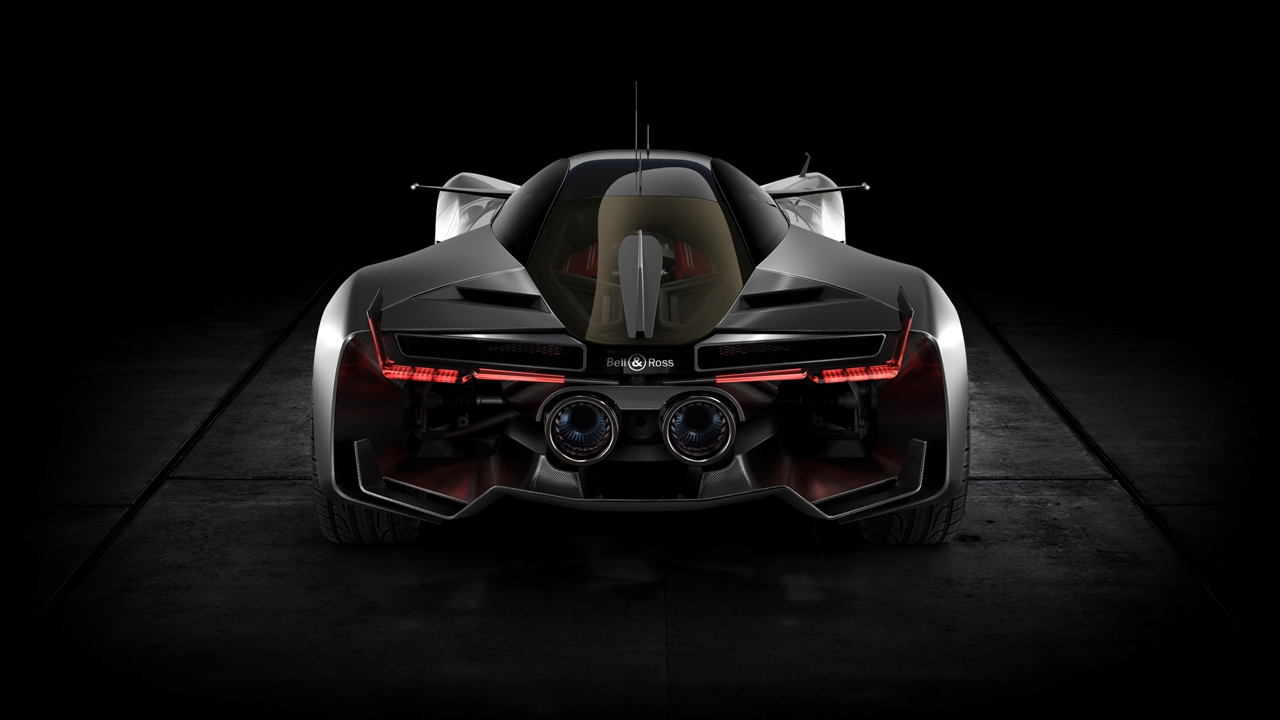 This spectacular vehicle adopts the major principles of Bell & Ross watches: form in response to function, a passion for mechanics and, of course, a strong aeronautic overtone. Alongside the presentation of this unique prototype, two exceptional watches with a strongly car-inspired character are being released.

“The AeroGT concept car is an extension of our field of expertise, which demonstrates the creative ability and strength of our brand. I thought that it would be interesting to combine the iconic Bell & Ross features with a car directly inspired by aeronautics,” explains Bruno Belamich, the brand’s creative director. “This concept car is in actual fact an amalgamation of an aircraft and a GT.”

“The AeroGT concept car was the starting point for the creation of a new pair of watches inspired by the automotive world – the BR 03 AeroGT models.” 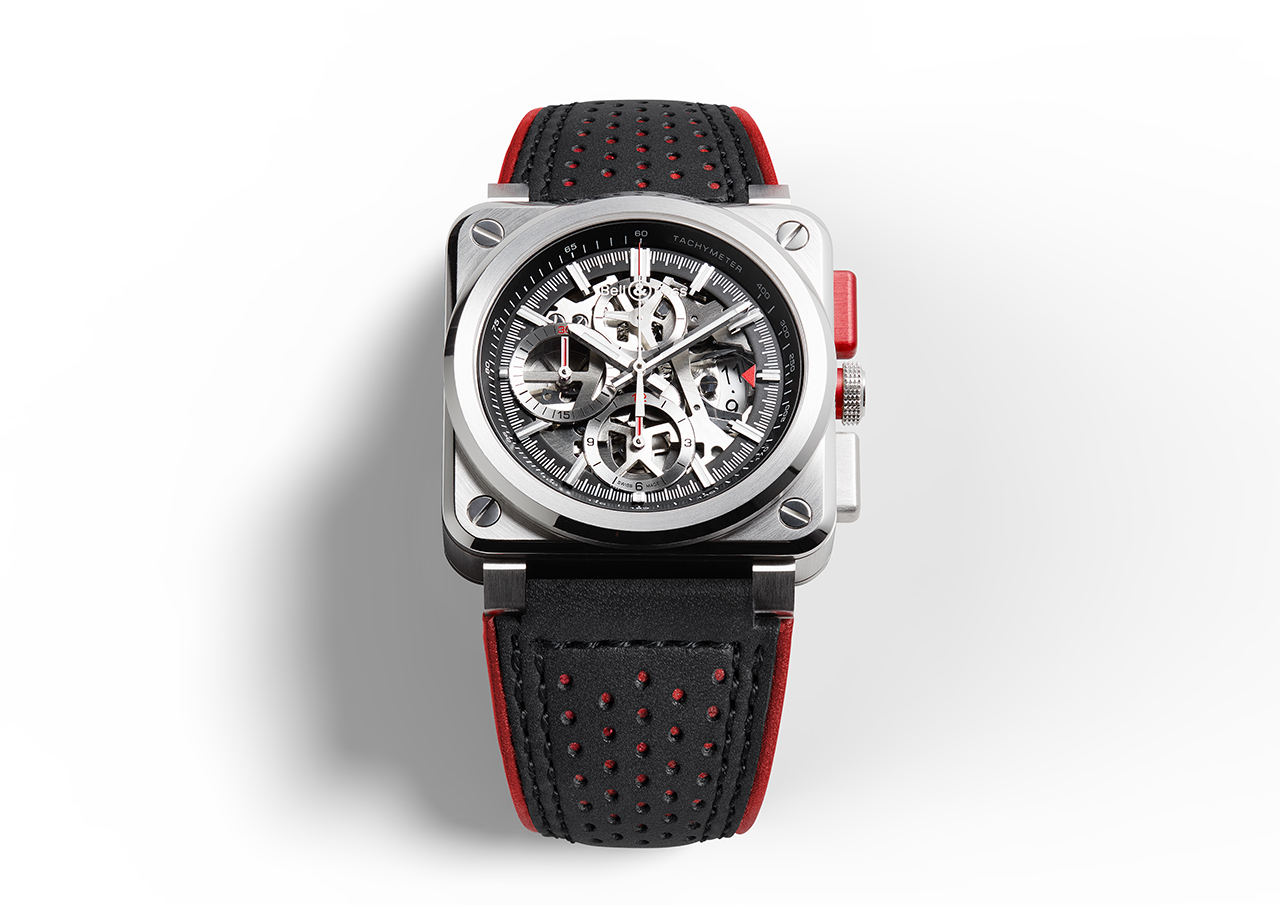 The BR 03 AeroGT watch duo – BR 03-94A AeroGT and BR 03-92 AeroGT are directly inspired by the AeroGT concept car. The design studio created two variants: a chronograph embodying the very essence of the “automotive watch” and a more classical three-handed watch.

These watches feature a steel case that recalls the fuselage-style body of the AeroGT project. For even greater strength, the designer boosted the proportions and shapes of these models to give them a sportier and more streamlined look. Their crowns are made using red aluminum, an extremely light alloy often used in sports cars. Their open-worked dials are formed from layers to give them an intriguing impression of depth.

Meanwhile, the skeletonized mechanism of these BR 03 AeroGT watches has been designed to allow a glimpse through the movement while making them lighter. The aim was to highlight the sophistication and beauty of the watch motor.

These two versions feature black quilted leather straps reminiscent of luxury car interiors. Their micro-perforations and red topstitching recall the seats of the best sports cars. Both of these models are limited to 500 pieces.