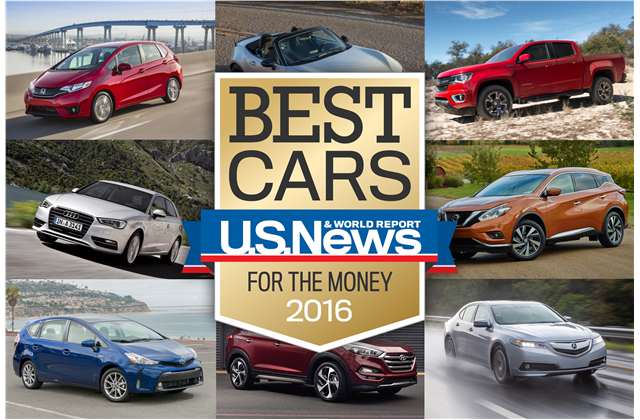 Covering 23 automotive categories, the Money awards highlight a single vehicle in each class that provides consumers with the best combination of quality and value.

The Best Cars for the Money awards will be presented to the winning automakers during press preview days at the Chicago Auto Show, on February 11, 2016. Visit usnews.com/cars-money for the full set of winners and finalists.