Get ready to scream with the Chinese horror movie “The Noise” in Malaysia Cinemas on Aug 20!

Synopsis:
Le Ren is a professional soundman who moves into an old house in an urban area with his long-term girlfriend, Min Min. Everything is going smoothly in the beginning until, in time, the house turns into a nightmare for Le Ren. Le Ren finds a strange box in their new home, but Min Min refuses to let him open it and insists that the box belongs to her. Not long after that, Le Ren begins to hear strange noises in the house but believes that it is due to his hearing impairment; caused by the accident he was involved in three months ago. However, the noises continue to bother Le Ren every night, and the strange box often appears in the house. Le Ren`s sister then realises something is wrong with her brother and she tries to help him. Min Min has to let him go in order to save his life. 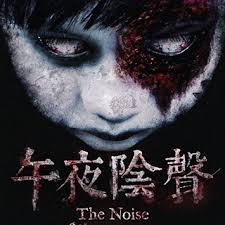