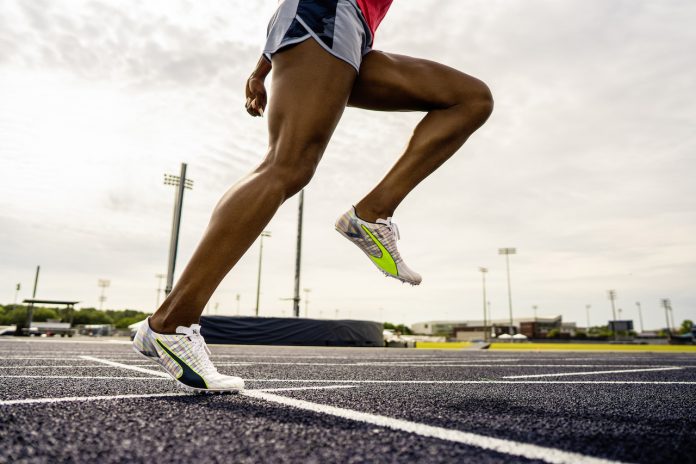 Learnings and technological advances from the FASTER+ program were also passed down and integrated into other track and field spikes for athletes such as Ukrainian high jumper Yaroslava Mahuchikh, Swedish pole vaulter Armand “Mondo” Duplantis and Swiss sprinter Ajla Del Ponte.

“The FASTER+ program is about creating elite products for our elite athletes to help them excel in their sport” said Erin Longin, Global Director Run/Train at PUMA. “We believe that together with Mercedes AMG Petronas, we have created unique, innovation-led Track and Field spikes that will help our athletes run faster, jump farther and soar higher.”

The EVOSPEED TOKYO FUTURE FASTER+ was designed together with 400m hurdles World Record Holder Karsten Warholm and his coach. The spike’s upper is infused with carbon fiber threads and its sole has a carbon plate, engineered by Mercedes AMG Petronas, with permanent titanium pins. It weighs 135 grams.

PUMA’s FASTER+ program applies engineering insights from every corner of sport culture to our PUMA sports products. Benefits are focused on helping our athletes excel in their sport by looking beyond their typical field of play to make them better, faster, stronger.

FASTER+ is part of PUMA’s ‘Only See Great’ campaign – launched in the spring of 2021 – to convey a spirit of optimism, hope and self-belief – following a difficult year and leading up to major sports moments.