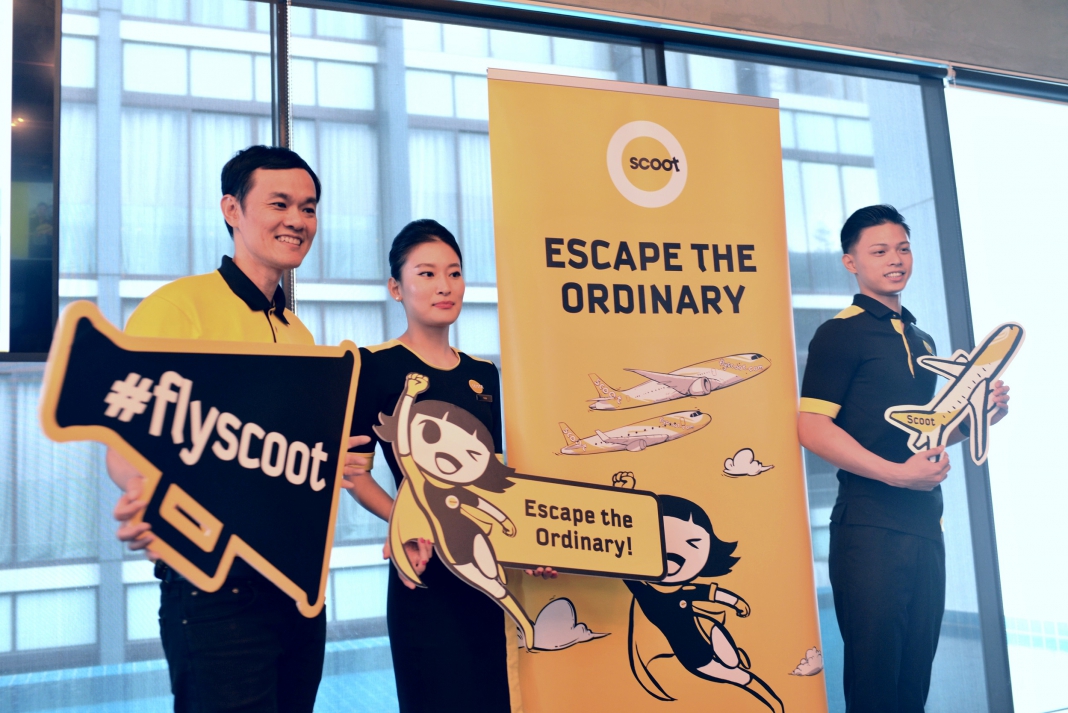 You can now fly to Kuching (scheduled to commence on 29th October 2017) and Kuantan (scheduled to commence on 2nd February 2018) with Scoot as the airline officially kickstarts ticket sales today for these two new Malaysian destinations, bringing the total number of Scoot’s destinations in Malaysia to six cities including Ipoh, Kuala Lumpur, Langkawi and Penang. More reasons to take a much-needed staycation or to pay a visit to your hometown!

Scoot will also be operating daily flights from Singapore to Kuching while flying three times weekly to Kuantan.

Kuching and Kuantan are among the five new destinations announced on 25 July in conjunction with the completion of the Scoot-Tigerair integration under the single Scoot brand. The other three are Honolulu, Scoot’s maiden USA destination, Harbin in Northeast China, and Palembang in Indonesia.

“Malaysia has been a very important market for Scoot. Our new destinations such as Kuching and Kuantan will complement our robust South-East Asia network. As part of our expansion plans, we will continuously identify opportunities to bring the unique Scoot travel experience called “Scootitude” to more guests in the region,” said Mr Lee Lik Hsin, Scoot CEO.

Scoot’s crew members aka “Scootees”, have already begun donning their new uniforms where the female crew members uniforms have a flattering silhouette with its asymmetric hemline and higher waistline, while that for male crew members features sharper angles for the yellow highlights on the polo shirts.

Scoot has also changed its Get Outta Here! tagline to a new slogan, Escape the Ordinary.

“Scoot’s new tagline, Escape the Ordinary, is reflective of our growth as an airline brand,” said Mr Lee. “It is more relevant to the global market now that our network has grown as it is aspirational to our inner wanderlust, and inspires us to travel and explore the world.”

Scoot also rolled out its first A320 aircraft, previously operated by Tigerair and repainted with the Scoot livery, named “Conscious Coupling” in commemoration of the integration between Scoot and Tigerair.

Fare Flying From Kuching and Kuantan

* Schedules are subject to regulatory approval. All times listed in local.

* Schedules are subject to regulatory approval. All times listed in local.

For more information and to book your next flight, visit www.flyscoot.com.