Malaysians hold the world’s 5th most powerful passport, according to the Passport Index annual report’s global ranking, a website that provides information about how powerful a country’s passport is, and also how it ranks against other passports in the world.

Germany held the world No.1 ranking as the most powerful, whose citizens are able to travel visa-free to a total of 157 countries or destinations as of 2017. The country tops the list with a score of 157.

Singapore, with its citizens able to access 156 countries, was ranked number two, together with Sweden. Both had a score of 156.

This year, Singapore took out South Korea to be the highest-ranked Asian passport, while Japan rose to 4th place with a visa-free score of 154.

The list below show the 34 most powerful passports in the world according to Passport Index, created by Arton Capital, a global financial advisory firm based in Canada. 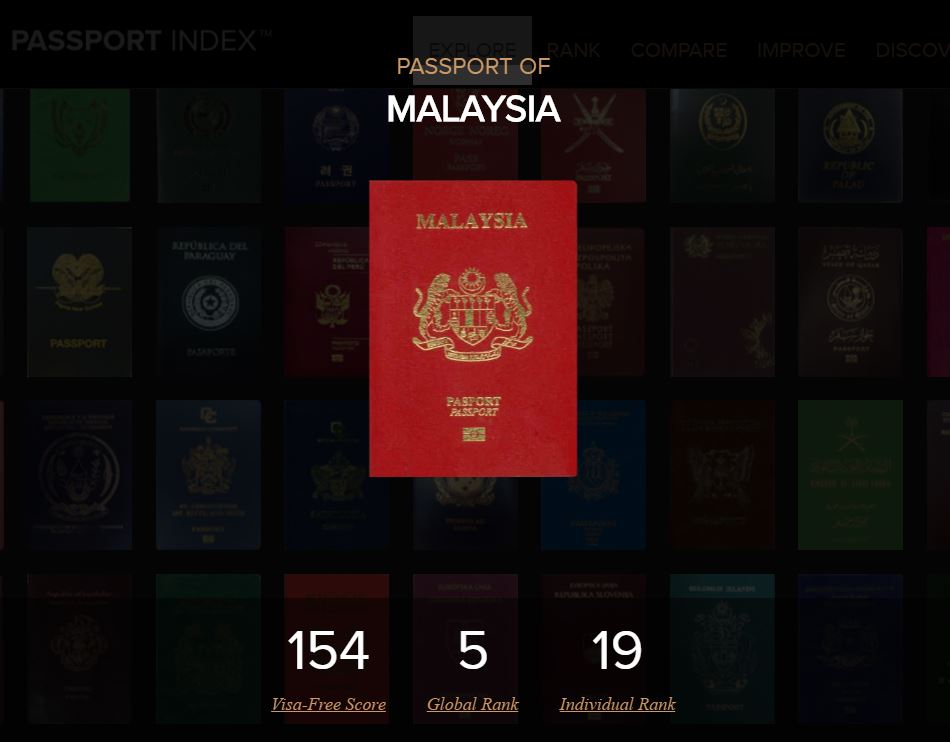 By this measure, we as Malaysians are quite lucky to be ranked 5th — which is quite superior — because that means our passports allow us to visit 151 countries visa-free.

Leave us a comment below and tell us where are you travelling next.