Home Lifestyle Entertainment Good Vibes Festival 2019 Tickets May Be Out Tomorrow But U Mobile... 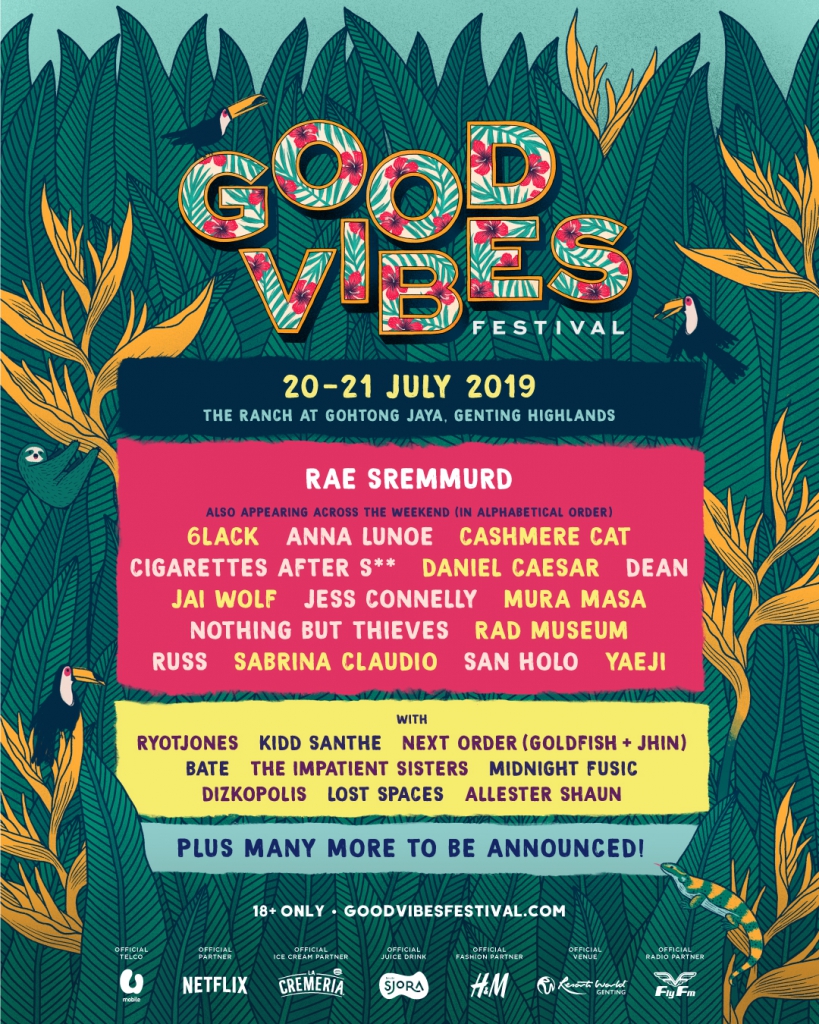 In an effort to turn things up for staunch fans of the festival whilst welcoming the new, the #GVF2019 festival grounds will be expanded into an adjacent field housing the new and improved Electric Fields, which will be transformed into the festival’s fully fledged third stage that will feature a mix of international and local acts.

Headlining Electric Fields will be Norwegian DJ Cashmere Cat (“Quit”, “Trust Nobody”) with his blissful, otherworldly sound interlaced with flowing harps, clicking percussion, and contorted vocal samples, and Australian DJ Anna Lunoe (“I Met You”, “Stomper”), who is set to drive everyone into a dance frenzy with her chart-topping songs that has won over crowds at Coachella, Tomorrowland, and Lollapalooza.

Always up to give audiences “What They Want”, American rapper/singer-songwriter RUSS (“Losin Control”, “What They Want”), whose album “There’s Really A Wolf” is the first-ever hip-hop album to go platinum without features or production help, is reved-up to blow minds at #GVF2019. British alternative rock band, Nothing But Thieves (“Trip Switch”, “Amsterdam”) whose debut self-titled album shot to number 7 on the Official UK Chart and topped the Vinyl Album Charts, will make their Malaysian debut.

#GVF2019 also marks first-time appearances by South Korean acts such as alternative R&B singer-songwriter Dean (“D (half moon)”, “instagram”), whose 2016 EP jumped to no. 3 on the Billboard World Album Charts and has been likened to a young Usher; and the cinematic and versatile South-Korean producer and singer Rad Museum (“Tiny Little Boy”, “Dancing In The Rain”) who has made a name for himself in the R&B genre.

#GVF2019 will feature another two artists who have reached the dizzying heights of the Grammys, including Mura Masa (“Love$ick”, “Firefly”) who took home a gilded gramophone for his single “Walking Away”, and Baltimore-born rapper 6lack (“PRBLMS”, “OTW”)—whose album Free 6lack was nominated in 2018.

Other acts on the bill are Cuban-American Sabrina Claudio (“Belong To You”, “Confidently Lost”), who has been steadily winning fans with her sultry voice since her 2017 debut, Korean-American Yaeji (“raingurl”, “passionfruit”), known forher music that blends house and hip-hop with dreamy, understated vocals in both English and Korean, and San Holo (“We Rise”, “Light”), the Dutch DJ and producer who shot to fame when his remix of Dr. Dre’s “The Next Episode”got 190 million views on YouTube in 2017.

Rounding off the list of international artists so far are Jess Connelly (“Turn Me Down”, “Wait”), the Australian-Filipino singer-songwriter whose debut album “How I Love” landed her on Spotify’s 2017 Artists To Watch list, and Jai Wolf (“Indian Summer”, “Starlight”), the New York-based electronic music producer ready to bring his indie rock-synth pop blends to Malaysia. 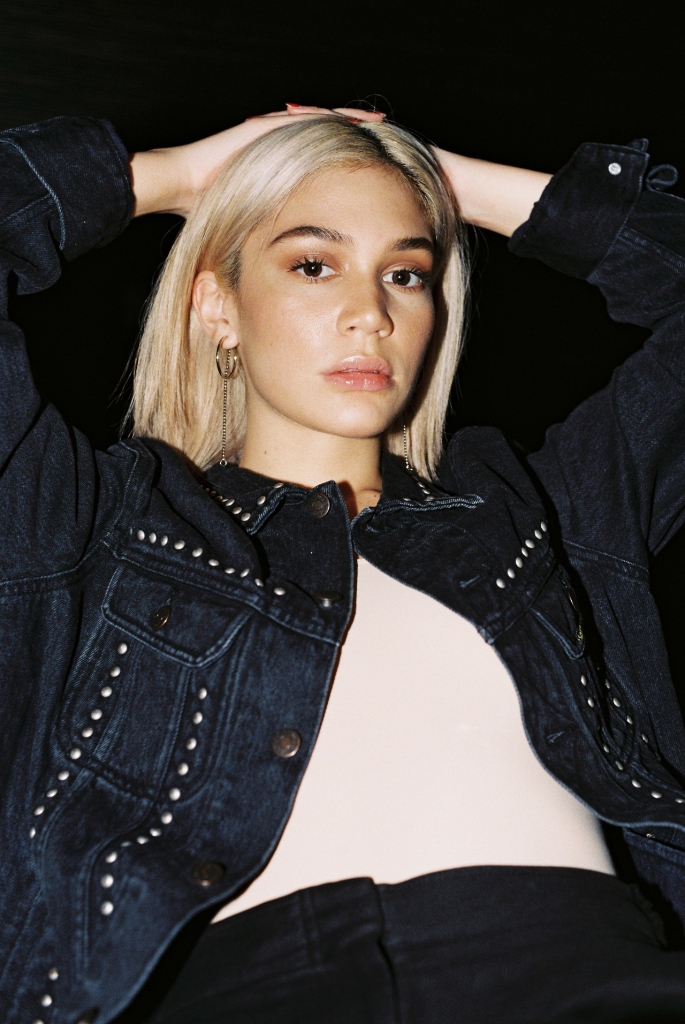 This year’s local lineup sees RYÖT JONES (“On My Knees”, “Dancing Shoes”) bringing their fresh festival funk to the stage, upcoming rap star Kidd Santhe (“Malaysiaku”, “Fumakilla”), and NEXT ORDER, a new supergroup by Malaysian DJ veterans Goldfish + JHin, and BATE, the DJ duo who have performed with some of the biggest names in the industry such as Tiësto, Zedd and Calvin Harris. Also featured are indie-folk triumvirate The Impatient Sisters (“Hey There Young Sailor”, “Comets and Stars”), Malaysian heartthrobs Midnight Fusic (“When Love Was Around”, “Lovesick”), electro duo Dizkopolis (“Work It Out”), indie-pop band Lost Spaces (“boxset.girlfriend”, “fake.guitars”), and the sweet, adolescent love tunes of Allester Shaun (“Blue”, “Sweet Babycakes”). Stay tuned for more international and local acts that are gearing up to rock the stage at #GVF2019.

For the second year running, the festival will provide a premium VIP experience with perks and amenities that will make for an unforgettable weekend —a designated VIP entry lane, VIP access to the festival on both days, access to the VIP Deck with a raised deck for optimal stage views, an exclusive VIP bar, specially curated VIP vendors, designated toilets, and exclusive front row pit access at both main stages.

General ticket sales start on 26 March 2019 starting with the early-bird ticket phase, with ticket prices increasing in phases as the current phase sells out. VIP tickets and hotel packages will also be made available for purchase on that date.

As with the previous year, U Mobile’s #Unlimited Flavours will be presenting Good Bites as part of the festival. This year sees the debut of Netflix as an official partner. Festival-goers will be able to experience their favourite Netflix shows come to life at the festival as curated by the world’s leading internet entertainment service.

Good Vibes Festival will also be supported by new partner, Nestlé’s La Cremeria as Official Ice Cream Partner and will see Nestlé’s Sjora returning as Official Juice Drink. These refreshing drinks and desserts will be readily available for festival-goers to satisfy their sweet-tooths and quench their thirst during the jam-packed weekend.

For the first time ever, Swedish clothing retail giant H&M will be joining the festival as Official Fashion Partner. Festival-goers can expect fun, on-ground activities with special treats in the works for the weekend. #GVF2019 also sees longtime partners FlyFM as the Official Radio Partner, and Resorts World Genting as the Official Venue.

But, U Mobile customers will be able to purchase Early Bird tickets to Good Vibes Festival 2019, priced at RM360 each,starting from 12pm, 25 March 2019 (Monday), a day before ticket sales open to the general public!

This is the third year that U Mobile is partnering with Good Vibes Festival as part of its Unlimited Grooves initiative.